That’s right — for free.  Over the next several days, right here: http://www.amazon.com/Dogs-Dont-Bark-Brooklyn-More-ebook/dp/B00GR4FUU8

“Happy birthday to us! We made ourselves a cake (disclaimer: the cake is a lie). As a little celebration, and giving something back to everyone that has supported us in our endeavours over the last year, we have decided to offer our fiction titles for free for the next few days on Kindle. So, follow the links below to pick up some fantastic new fiction for your virtual bookshelf. Have a glorious weekend, everyone!

“And, if you have enjoyed our books, please leave a review on Amazon – it all helps future sales and getting these authors the recognition they deserve. Bye for now!  🙂 “

Here is Dagda’s summary for my novel:

“There was a time, Rebecca’s father had told her, when wolves could not speak. She wished for that time.”

Rebecca O’Conner is the daughter of a hero, a veteran soldier of The Wolf War. Now, she herself is a Captain in the Special Animal Warfare Service (SAWS), fighting,as her father did against the armies of super-intelligent wolves that have taken over most of the continental United States.

The Dogs Don’t Bark In Brooklyn Any More spans two periods of Rebecca’s life: the tumultuous Brooklyn childhood that shapes her future, preparing her for the soldier she must become, and her struggle to keep herself and her squad alive as she prepares to meet her destiny. Her empirical mind rebels against the chaotic dreams that haunt her, suggesting a greater path than she can yet comprehend as she seeks to find an end to the war.

The enemy is smart, strong and fearless; the odds are stacked against the human race. Is there hope for us in the war with the wolves? Will humanity prevail and reclaim its place as the dominant species on Earth? Or will the great demonic wolf that stalks Rebecca in her dreams close its jaws over the world and drive us to extinction?

Themes of loyalty and friendship run strongly throughout a compelling tale of hardship and struggle in a war unlike any other. However, even in a world where the enemy is of another species, The Dogs Don’t Bark In Brooklyn Any More shows how resentment, distrust, and man’s inhumanity to man can persist at a time when putting our differences aside is crucial to the survival of mankind. Above all, the men and women of SAWS and the US Army strive to demonstrate the indomitable spirit of humanity, and re-establish our place at the top of the food chain. 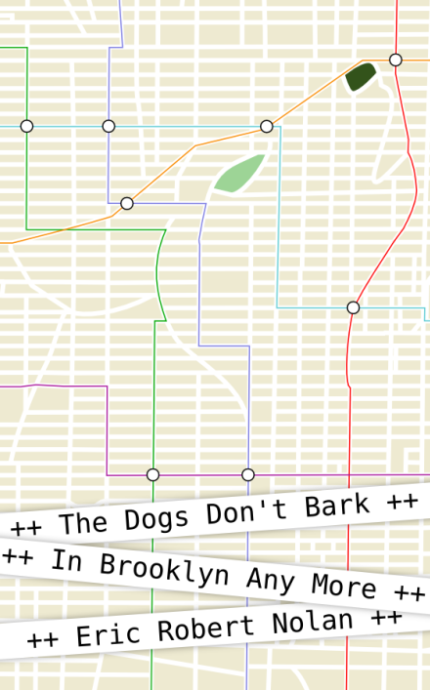 4 thoughts on “Kindle users — get your FREE copy of “The Dogs Don’t Bark In Brooklyn Any More!””