These “Battlestar Galacatica” models were released by Monogram in 1978, the same year the TV show debuted.  My older brother had all four of them hanging from the ceiling of our room.  (I was a first grader in 1978, and still a few years away from model building.)

I definitely had watched the show, but I wasn’t quite as into it as the other boys in my class.  (And that’s probably ironic, considering my sheer fanaticism as an adult for Ron Moore’s remake series between 2004 and 2010.)

The other boys were constantly screaming about it.  (Maybe I was just a quiet kid — it seemed to me at the time that they were endlessly hollering about whatever it was that they liked.)  I’m not sure why I was less enthusiastic — I certainly loved my “Star Wars.”   And a year after “Battlestar Galactica” hit the small screen, my best friend Shawn and I went nuts for a show that is now remembered by few — “Buck Rogers in the 25th Century.” 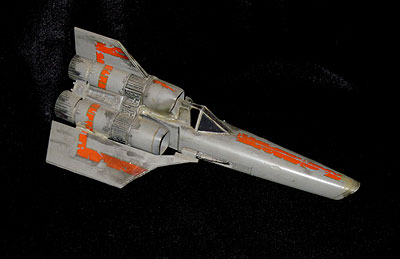 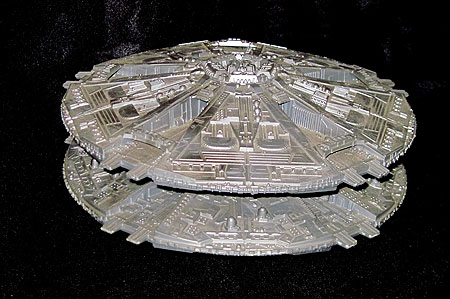