I did a Throwback Thursday post two years ago about the Halloween treats that you never wanted to get as a kid in the 1980’s — Candy Corn, Good-n-Plenty (which were neither good nor plenty, in those little boxes), and, maybe worst of all, those little, soul-deadening, opposite-of-Halloween-candy toothbrush kits.

Bit-O-Honey was pretty gross, if memory serves.  Necco Wafers were disappointing — they were like larger, inferior versions of those little rolls of delicious Smarties.

Candy Buttons were perplexing.  They were clearly an inferior candy … they just didn’t taste all that hot.  And they were inexplicably stuck in tiny portions on a strip of paper that turned wet and gross with your saliva after the difficult work of plucking them off with your teeth.  (Was I just doing it wrong?)  I suspected as a kid that they were some kind of novelty candy from our grandparents’ time, and were therefore supposedly nostalgic or something.  (I am too lazy to Google such information now.)  I remember thinking that however quaint they might have been during those horse-and-buggy days, the adults who gave these out kinda needed to get over it.

Mary Janes were actually damned delicious.  But there was a catch.  They stuck to your teeth like superglue for hours, causing you enough grief to regret succumbing to their temptation.  They were like goddam high-tech cement from the future.

The very worst offenders that I can think of right now, though, were those hard candies known as “strawberry bon bons.”  (They’re pictured dead last below.)  They were like some mean-spirited joke — the outer shell was sweet, but hidden inside was a kind off … moist, repulsive mush that I suppose was meant to be strawberries.  Maybe it was derived from strawberries, I dunno.  But it had the consistency of insects that were first pulverized and then desiccated.  They were almost as bad as candy corn. 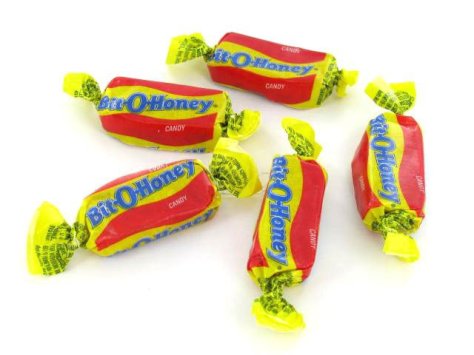 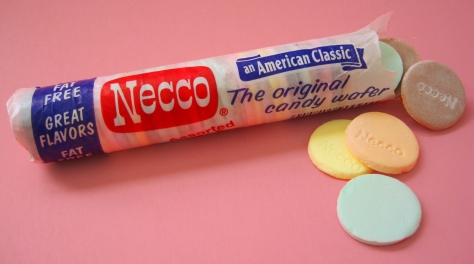 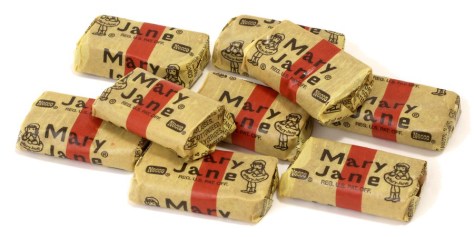 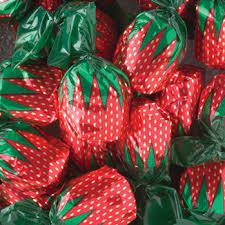