These are just a few of examples of the fare that we kids would get from the ice cream man in the early 1980’s, either at the beach or during the trucks’ occasional visits to our street.  (My friends and lived in an out-of-the-way neighborhood in rural suburbia.  During most summers, the ice cream man came through only sporadically — which made us even crazier and more frantic when he did unpredictably arrive.  Eddie Murphy’s recollections of the ice cream man in 1983’s “Delirious” covered it pretty well.)

The older kids typically got the Bomb Pops, Snow Cones or various ice cream bars, the younger kids favored gimmicky stuff like Froze Toes and Push Pops, while the adults stuck with familiar cones, if they ordered anything.  Eeeeverybody loved Marino’s Italian Ices.  If you were at the beach when the ice cream man came, you almost always saw kids with those seemingly indelible cherry smears around their lips after the truck left.

But my favorite appears to be one that apparently almost no one else remembers — the Chump bar.  It was an ice cream bar with a chocolate bar hidden inside it, and that chocolate was intensely sugary — far sweeter than any Easter candy or Hershey bar from the store.  That rarefied quality made it exotic to me, and I was thrilled to order the Chump bar whenever a parent of older sibling forked over the necessary funds for it.

It might have been overpriced.  (But wasn’t everything from the ice cream man?)  My older brother asked me how much it cost once after he was surprised he got so little change back.  When I told him, he rolled his eyes narrowly at the truck pulling away: “Yeah.  That guy’s a chump.”

But — again — it looks as though nearly no one else remembers this.  I couldn’t find any information about the elusive, exotic Chump online.  And I take pride in my Internet nerdery.  The most that I could find was a single image — and it’s a licensed image for a t-shirt, so I can’t run it here.

Life is weird.  Maybe I’ll just chalk it up to the Mandela effect. 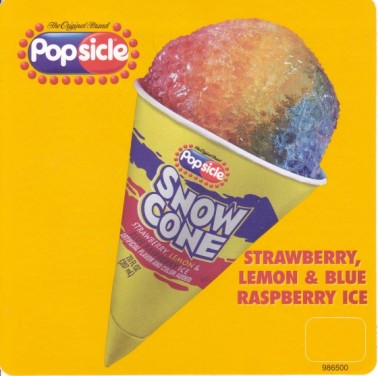 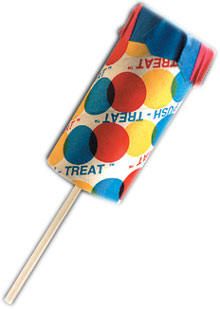 One thought on “Throwback Thursday: “THE ICE CREAM MAN!!!””