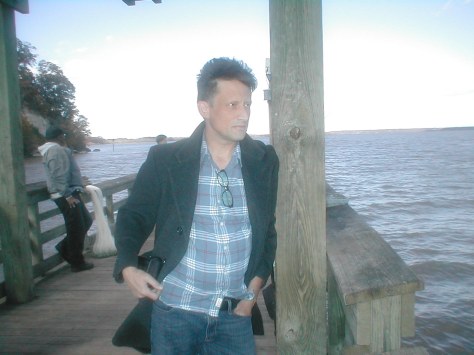 Eric Robert Nolan graduated from Mary Washington College in 1994 with a Bachelor of Science in Psychology.  He began his career as an investigative reporter and later became a grants, public relations and speech writer for nonprofit healthcare agencies.  His commentary, his reporting and his creative work have been featured throughout 36 print and online publications in the United States, Canada, Britain, Germany, Australia and India.  These include Newsday (America’s 10th largest newspaper and New York State’s third largest), The Roanoke Times (Virginia’s third largest newspaper), The Free Lance-Star, The Daily Progress, Quail Bell Magazine and Peeking Cat Poetry Magazine.

Eric’s poetry, short stories and photography were also selected for 10 anthologies and two chapbooks between 2013 and 2021, from publishers such as Dagda Publishing, Peeking Cat Literary, Down in the Dirt and Newington Blue Press.  His poems and flash fiction horror tales were published in mini-book format by Poems-for-All.  His debut novel was the postapocalyptic science fiction story, The Dogs Don’t Bark in Brooklyn Any More, published in 2013 by Dagda in the United Kingdom.

In 2021, Eric’s reflections on the 9/11 terror attacks were carried by Newsday, The Roanoke Times, and The Bristol Herald Courier, reaching a combined readership of 561,000 people.  One of his most popular poems to date is an anti-Trump limerick that was “liked” by more than 7,500 people and was retweeted in 2019 by George Conway, a founder of The Lincoln Project Super PAC.  Every Writer’s Resource named his poem “The Writer” as one of EWR’s Best of 2019.  He was nominated for the Sundress Publications 2018 Best of the Net Anthology, and for Spillwords Press awards in 2020 and 2021.

Eric is a past editor for the dystopian arts and literature journal, The Bees Are Dead.  He has been interviewed on Blog Talk Radio, by Peeking Cat Poetry Magazine, by Bunbury Magazine and by Spillwords Press.  In 2013, his writing was featured in the University of Mary Washington Magazine.  In 2021, his poetry was featured on the Dead Letter Radio podcast.