The Florentine bronze sculpture below, by Benvenuto Cellini in 1545, depicts Perseus holding the head of Medusa.  (Thanks to Dennis Villelmi for sharing a picture via Facebook.)

The etching beneath it was published in 1606 by Wilhelm Janson and Antonio Tempesta.

I myself depicted the very same scene in an inspired drawing during a third or fourth grade math class in Catholic School.  When the nuns discovered it during class, holy shit, it did not go over well. 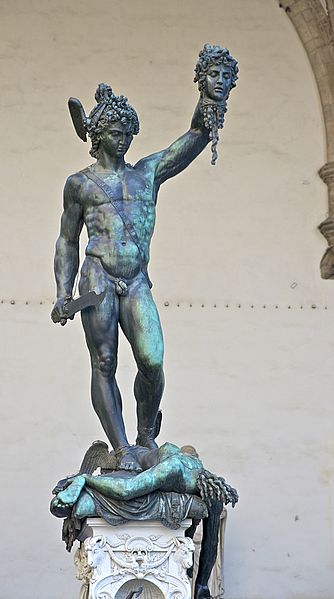