The (entirely invisible) creatures need incredible illusions to provoke their prey to kill themselves, and the creatures never exhibit any physical prowess of their own. (Their victims are never so much as scratched or bitten by the monsters themselves.)

Maybe that’s because they have no teeth, claws, strength, etc. Maybe they’re as fragile as baby fawns, which is why they must rely on such a unique method of attack.

It would be nuts if a future film or book sequel saw a single immune human just kicking them over like a drunk college kid out tipping cows.

Even better would be if someone suffered a traumatic brain injury during the chaos of the invasion — harming their visual cortex, and rendering them unable to process any visual information. They’d have huge vulnerabilities resulting from this new disability, but also a practically messianic power to save everyone.

(I think too much about movies when I need to do laundry, in other words.) 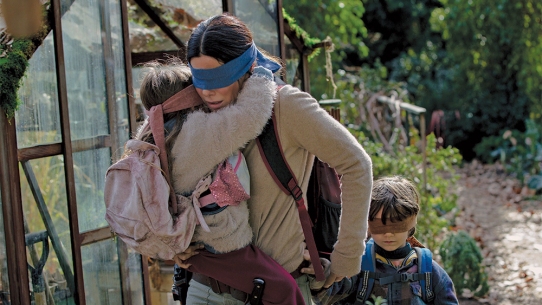