“Them” (1954) is the granddaddy of all giant bug movies.  I first saw it when I was in junior high school — and I had a hell of a lot of fun with it, even after three decades following its release.

It was one of the few giant monster movies in the vast library of taped movies residing in my Uncle John’s apartment.  He was a movie nut, like I am, and he taped and collected scores of films off the array of movie channels to which he’d subscribed.  If you’re as old as I am, then you can remember families having collections of clunky videocassettes with handwritten labels on them.  Hey … at the time, the combination of a VCR and pricey movie channels was pretty enviable entertainment technology.

“Them” was pretty corny stuff, because all 1950’s monster movies were corny stuff — but it was still quite good. 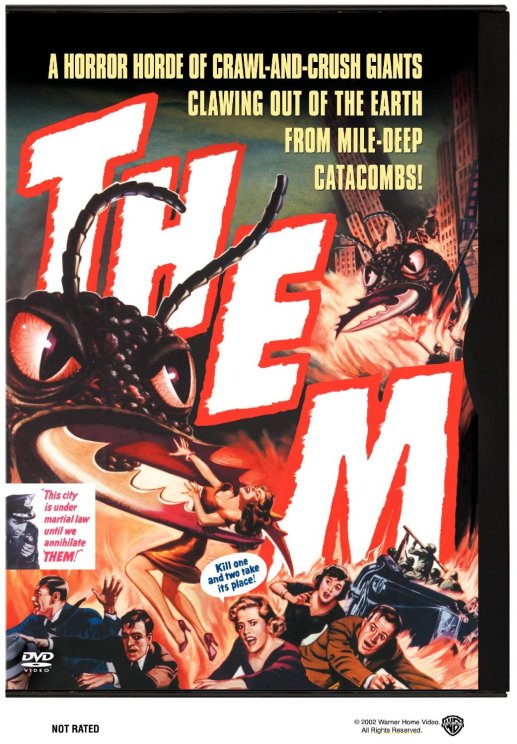