The artwork for mid-twentieth century pulp novels was sometimes “so bad, it’s good.”

Here’s a head-scratcher — the woman on the table is waving her bra around, yet is … also still wearing a bra.  Did she have on two?  Did an editor or art director feel the need to bowlderize the illustration by inking in a (non-matching) bra to cover her breasts?

“Myron Kosloff” was a somewhat puzzling nom-de-plume for author Paul Little.  This was evidently part of the “First Niter” series. 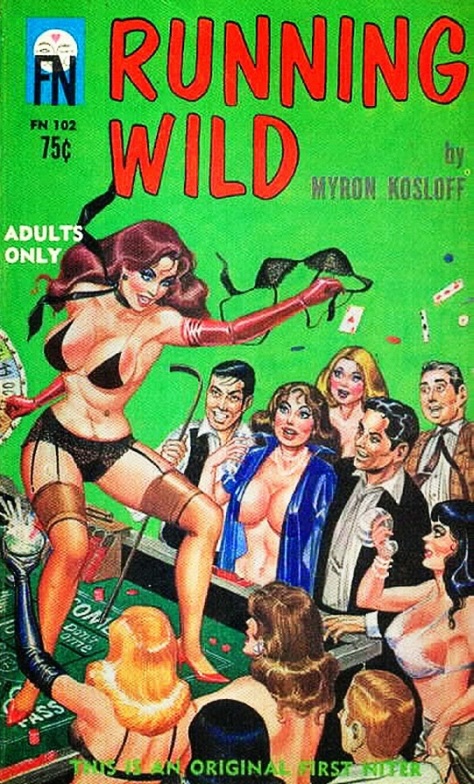