In some ways, I’m a poor excuse for a horror fan.  I haven’t seen any episodes of some of the classic anthology series that my friends regard as biblically important.  Such was the case with “Night Gallery” — at least until a couple of nights ago.  (You can find it online, if you look hard enough.)

I checked out the 1969 feature-length pilot for the series, and I’m glad I did.  It was good stuff, despite the now lamentable 1960’s music and camera effects that were occasionally distracting.  I’d rate it an 8 out of 10.

There were three half-hour tales comprising the made-for-television movie: “The Cemetery,” “Eyes,” and “The Escape Route.”  “Eyes” was by far and away the best written and performed, but they were all quite good.  The twists for all three tales were quite satisfactory, and the tone was nice and macabre.  And the cast was terrific — Roddy McDowall and Ossie Davis starred in the first segment; Joan Crawford and Tom Bosley appeared in the second.  It was weird seeing such youthful versions of actors that were familiar to me in the 1980’s and 1990’s.

The format, along with Rod Serling’s unique narration, was engaging, if a little quaint.  It’s easy to see how this went on to become such a popular television show.

Here’s an odd trivium -in the establishing shots for the second segment, which takes place in New York City, the Twin Towers are missing.  That’s because construction had only just begun on the first tower in 1969, when this pilot was released.  The entire World Trade Center was completed three years later. 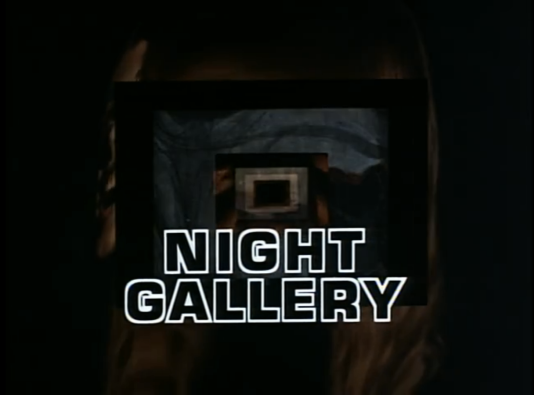