I had a subscription to Boys’ Life magazine for a couple of years when I was a Cub Scout in the early 1980’s.  My parents canceled it after a year or two, and I can’t blame them — I just wasn’t reading it.  Boys’ Life was the official magazine of the Boy Scouts of America, and it was pretty wholesome stuff … it just didn’t offer the excitement of my comic books or the occasional copy of Fangoria that I manged to get my hands on.

But there was one feature of Boys’ Life that I followed religiously — the serialized comic strip adaptation of John Christopher’s The Tripods book trilogy.  (Christopher published the first three of his books in the late 1960’s; he added a prequel novel in 1988, but that was long after the Boy Scouts and Boys’ Life was behind me.)

The Tripods was cool, dark dystopian stuff.  The story opened with the first book, The White Mountains, to find humanity settled into an agrarian, pre-industrial age in which their overlords were the titular “tripods” — massive three-legged vehicles piloted by unknown beings.  Humans were ritualistically “capped” with a brain-altering device when they reached age 14 — thereafter becoming docile and conformist and easier for the mysterious machines to subjugate.

The White Mountains followed a trio of 13-year-old boys who escaped the “capping” to seek out a human resistance movement; the second book, The City of Gold and Lead, shows two of these protagonists infiltrate the city of the tripods’ operators.  (Spoiler — they’re grotesque aliens.)  The third book, The Pool of Fire, presumably picks up from there, but my Boys’ Life subscription ran out before the magazine got to that.

I recently, however, used this Interwebs thingamajig to discover what looks like a real gem of a find — a 1984 BBC mini-series adaptation of the books.  I started the first episode and it looks quite good.  If I get around to watching the whole thing, I’ll review it here. 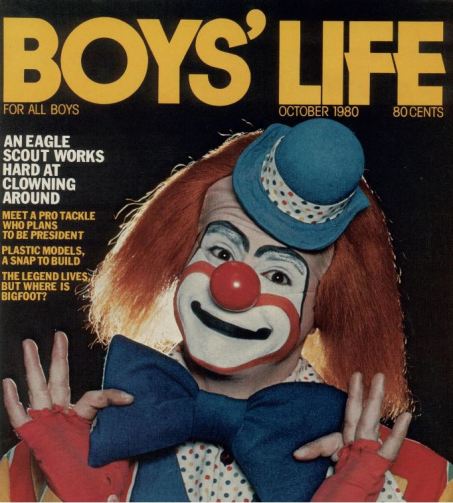 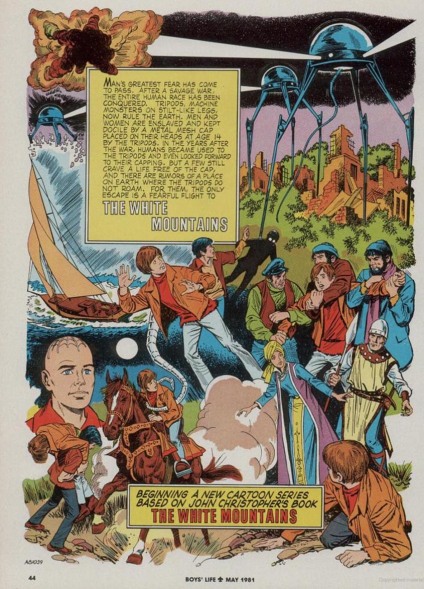