I remember being pretty excited as a tot about “The Last Dinosaur.”  I was probably too young to enjoy it when it debuted on ABC on February 11, 1977 — I’m betting it picked me up as a fan a few years later, when I would have been around the age of a first- or second-grader.  Here are a few quick, weird facts: 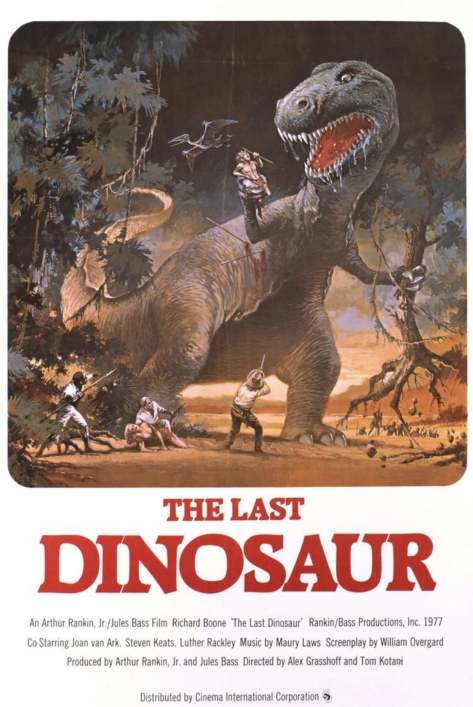