I liked Season 1 of “Game of Thrones;” I really did.  I don’t yet love the show in the same way that so many other people do, however, and I’d honestly rate this 10-episode season an 8 out of 10.  If that sounds like faint praise for a show that seems universally loved, I concede that my criticisms really reflect my own personal tastes, not to mention my admittedly narrow attention span.

It’s an undeniably well made show, in terms of everything from acting to set design.  Its densely plotted story (with so many characters!) suggests to me that it is probably true to George R. R. Martin’s books, which I have not read.  The show seems like an authentic adaptation that respects the viewer’s intelligence and consequently demands a lot of him or her.

There is a lot to admire, such as the show’s attention to a myriad of details in order to meticulously render Martin’s fantasy universe.  Peter Dinklage is consistently wonderful to watch as Tyrion Lannister.  Aidan Gillen and Conleth Hill are both downright Shakespearian as Littlefinger and Varys, the two duplicitous members of the Court at King’s Landing.  Lena Headey (Cersei Lannister), Charles Dance (Tywin Lannister) and Iain Glen (Jorah Mormont) are also all favorites of mine.  (Glen is none other than the “Resident Evil” films’ original Wesker!  And he has such a damn cool voice.)

The script, direction and production values all usually seem quite good.  The show even has moments of brilliance — the first episode’s opening teaser, in which we witness an attack on the border wall by the icy “White Walker” monsters, was scarier than a hell of a lot of horror movies I’ve seen.

Which brings us to my frustrations, and, yes, they are mostly subjective.  I actually did bring certain appetites as an audience member that weren’t met.   I craved more action, and greater emotional payoff for the dialogue-heavy story arcs that built tension throughout the first season.  (Caveat: I am a fan of both horror movies and war films, and I suspect I’m not exactly the target audience for what is essentially a political thriller in a fantasy context.)

The inaugural episode’s White Walkers were what I was dying to see the most.  And I do think they should have been featured more prominently, from a storytelling perspective.  Otherwise they shouldn’t have served as the teaser-opener for the entire season.  Nor should they have been the plot driver for the storylines connected with the Wall and The Night’s Watch.

We also see extensive preparations for war, and military maneuvering — we even have important scenes taking place at troop encampments.  But there is absolutely no climax for these steadily building plot developments.  I know I sound like a 13 year old, and maybe I am just not sophisticated enough to enjoy the show on its current levels, but I wanted see a battle.  From a storytelling perspective, I suggest it’s a bad creative decision to end the season without allowing us to truly witness a major land engagement.  I do realize that we indeed see one house’s brutal invasion of another’s castle, and that it’s well done.  But it was too brief.  Again, while “Game of Thrones” has all the trappings of a period war series, this is a political thriller in a fantasy context.

As for the Machiavellian politics, I am embarrassed to admit that I got lost early on.  Yes, I’m fully aware that others are able to follow these plot threads quite easily.  (My college chums can.)  I’d just advise another viewer of average intelligence that their enjoyment might be affected by an unusually detailed story that requires their strict attention.

Finally, I do feel that there is a dearth of likeable and identifiable characters.  Nearly every major player is motivated by an ignoble goal (power).  Many betray one another; that’s the show’s favorite plot point.  Sean Bean’s Eddard Stark is only a putative hero, to me.  Yes, he’s fighting for the rightful heir to the throne, but he’s still serving a monarchy; he’s not sticking up for the common man or anything.  (We see loyalty among various characters to various noblemen, but nobody seems to care about the peasants.)  Furthermore, Stark’s actions toward a scared subordinate in the first episode made me unsympathetic to him.  (I don’t care who has vowed to do what — his action in the series premier was unwarranted.)

Jon Snow is well scripted as a “good” character, but the actor portraying him needs to work on his range.  Kit Harrington is decent in the role, but he too often looks like a sad, spurned poet.  (Hey, it’s okay, Snowman, I’ve been there myself.)

Daenerys Targaryen appears to be a “good” character, and I do like her.  She’s thinly rendered, though, despite what seems like an inordinate amount of screen time devoted to her major subplot.  (And this subplot, with its legions of bare-chested barbarians, seems like a slowly paced cousin of the 1990’s “Xena: Warrior Princess.”)  Daenerys seems like an obvious power-fantasy for victimized women.  (Yeah, I know there’s nothing wrong with that.  And, yeah, I know that people say something similar about my beloved comic book movies.)

With all of these criticisms, it may sound as though I didn’t enjoy “Game of Thrones.”  To the contrary, I did.  If you like fantasy and are looking for something well made and different, I’d recommend you try this.  I think maybe I’m just trying to justify my more modest enthusiasm for one of contemporary pop culture’s sacred cows. 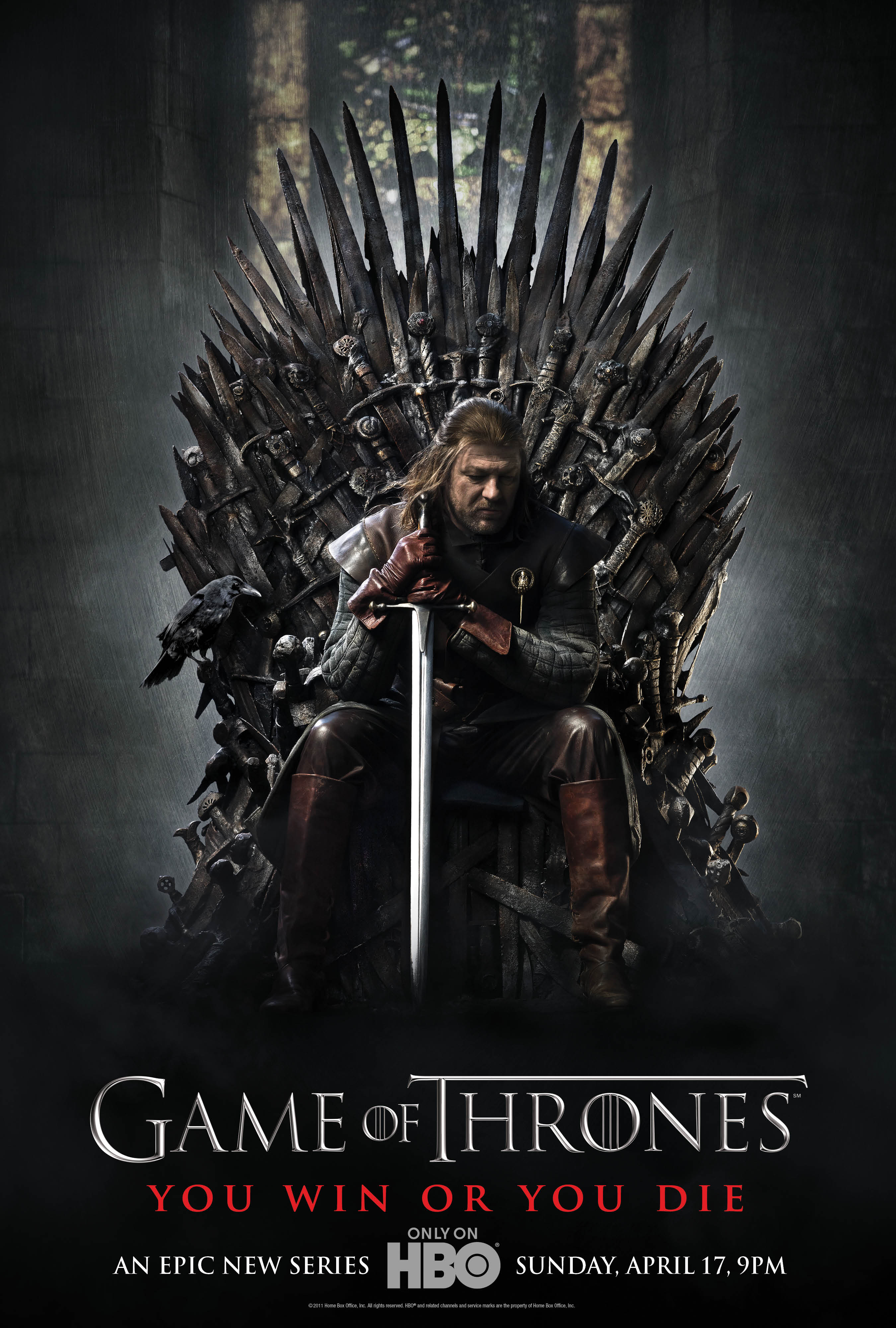