“Sherlock” Season 4, Episode 2. The three-way conversation in this scene gets me every time. It might have been the best segment of the entire show in some ways.

Yes, there were some strange tonal and stylistic changes in this last season. But Season 4 also offered some of the show’s best screenwriting and acting. The depth and maturity of this scene alone makes all the previous episodes (which were all outstanding) seem sophomoric by comparison.

This was the season when the two lead characters stopped resembling only fun, quip-a-minute 20-something yuppies and became mature adults and equal partners. This and the change in the show’s tone were both brave creative choices on the part of the writers.

I’ve said it before, and I’ll say it again — I’ve loved the Sherlock Holmes books and stories since I was a kid, and this might be the best film or television adaptation I’ve ever seen. 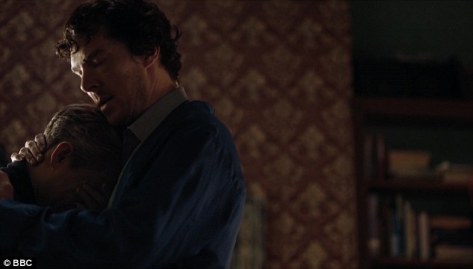