I mentioned last week when I wrote about “Mazes and Monsters” (1982) that the pre-Internet age still had its share of urban legends.  They were definitely a part of 1980’s kid culture in my little stretch of New York suburbia.  (Would they be suburban legends, then?  Borderline-rural legends?)  They were bandied about most often during the summertime — maybe because there were long, idle days when grade-school boys had little to do beyond swap the scary stories they’d heard.

A lot of it was predictable horror-movie fare — we’d all compared tales about prowlers who killed babysitters, or babysitters who killed their charges, or about a friend’s cousin’s neighbor’s classmate who’d discovered a razor blade in the their Halloween candy.

Some of the legends stemmed from our geographic area.  There were the giant turtles, for example, that emerged from the Long Island’s waterways to stalk our neighborhoods — that one I actually believed (and still do).  A fellow Cub Scout and his Scoutmaster father had both seen one, and if there’s one person you trust when you’re a Cub Scout, it’s another Scout and his Scoutmaster dad who backs up his story.  And every kid had heard about the Amityville Horror house.

Another local myth was the “gangs” who tore through our imaginations as nefariously as we thought they tore through the region’s woods and marshes.  (In addition to farmlands, Long Island has plenty of protected woodlands and wetlands.)  There were definitely adults who went into the woods to break the law — I think it was primarily drug users and underage drinkers, and people who dumped cars illegally and then stripped them for parts.  There were a few deep-woods graveyards, for example, of rusting white Volkswagen “Bugs.”

But in our fecund imaginations, the petty criminals who’d left them there were gangs of bikers and hippies and devil-worshippers and ruthless car thieves, who just might kill a few young kids if they found them playing army or going on a hike.  (All of us occasionally ventured miles into the woods for such avocations, while we told our mothers that we were only going to the next block.  If you were a boy in my neighborhood who didn’t lie to his mother to leave the area, you were considered a wimp.)

When you’re in the second or third grade, bikers and hippies and devil worshipers and car thieves all blended together in your mind into one single nebulous group.  (As an adult today, if I ever met someone who was a biker, a hippy, a devil worshipper, and a car thief, I would be thrilled to interview them for this blog.)  We’d found evidence.  There were frequently peace signs spray-painted on or around the junked cars we liked to play on; it was just a motif of the prior decade that was still a popular graffito.   One of our number gravely explained to the rest of us that it was actually a coded symbol for Satan — if you turned it upside down, the lines in the circle represented the head of a goat.

I was one of the slower members of our group, and my own initial take on the peace symbol was arguably far stupider.  To me, the lines in the circle looked like an airplane.  I distinctly remember seeing the spray-painted figure and thinking, “American Airlines” — at least until that other boy wisely intoned to me his warning about its more sinister subtext.

But by far the scariest urban legends I’d ever heard growing up on Long Island were about Lake Ronkonkoma.  (For those of you reading this that are not native Long Islanders, we’ve got plenty of town names that are impossible to pronounce, because they were ostensibly taken from Native American words.  If you think “Ronkonkoma” is awkward, try wrapping your tongue around Hauppauge, Cutchogue, Commack, Quogue and Aquebogue.)

Lake Ronkonkoma is Long Island’s largest lake; it’s about 2 miles around and a half a mile in width — and if you grew up in the region, then you heard about its urban legends at least one summer in your life.  Except, they might not be “urban legends” in the modern sense, because they might have been around for a while.  They were just legends.

The first is that the lake itself is “bottomless,” and that’s weird enough if you heard it when you’re a kid.  The second, however, is that there is a ghost within its depths that wants to drown you.  (If you’re in grade-school when you hear that one, it might really get under your skin.)  The bona fide legend is about a Native American princess who drowned there, committing suicide after her love was unrequited by a male European settler.  She returns every year, the story goes, to pull one male swimmer down to assuage her lonely heart.  The lake supposedly does have a very high number of drownings, especially among male swimmers.   People still talk about it — you can read an interesting article about it that was written late last year, right here at the New York Post.

I heard an entirely different version of this, when I was eight or so.  One of my older sisters told me that the story went as follows: there’d been a boy who drowned in the lake only a decade or so prior — just an ordinary kid, like we were.  And he returned annually from his grave to grab another swimmer and pull them down, because he was lonely.  I was a pretty imaginative kid, and I perfectly envisioned an ashen-faced boy emerging up from the depths to fasten a cold, unbreakable grip around the ankles of swimmers.  And that scared the crap out of me.  Hell, it would make a really decent short story. 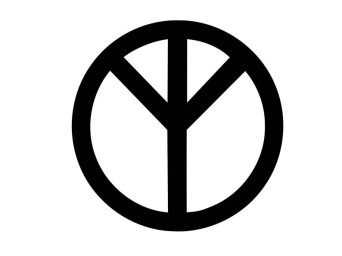 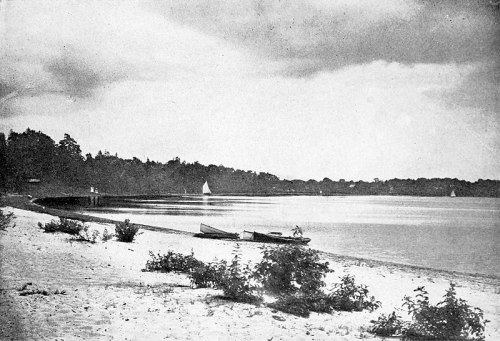