It’s true what they say about “Godzilla: King of the Monsters” (2019) — its script is almost completely brainless.  It’s got about as much depth as the old “G.I. Joe” cartoon (1983-1986) that played after school when we were kids.

But I’d be lying to you if I said I didn’t enjoy this.  And I’m sure you know why — the big-budget, big-MONSTER special effects.  They were spectacular — and sometimes they approached being unexpectedly beautiful.  (It’s hard to explain here, but our eyes are treated to more than skyscraper-tall brawls between “titans.”  We get a light show too — thanks to some confusing, thinly scripted, but nonetheless dazzling energy-based monster powers.  It was really damned good.)

Add to this a generally excellent cast, and you might be able to forgive the screenplay for insulting your intelligence.  I know that most people would name Ken Watanabe as the actor who truly classes up the joint.  And there’s plenty of truth to that, but I myself would name Charles Dance as the movie’s biggest standout.  The man’s craft is goddam Shakespearean, and I think he’s equal of the likes of Patrick Stewart or Ian McKellen.  And I’d like to think that his throwaway line, “Long live the King,” was at least partly a fan-service reference to what I’m guessing is his best known role — Tywin Lannister on HBO’s “Game of Thrones” (2011-2019).

Based on my own enjoyment, I’d rate this movie an 8 out of 10 — with the caveat that I’m a kid at heart when it comes to giant monsters.  If you’re the same way, then “Godzilla: King of the Monsters” might just become a guilty pleasure that you return to more than once. 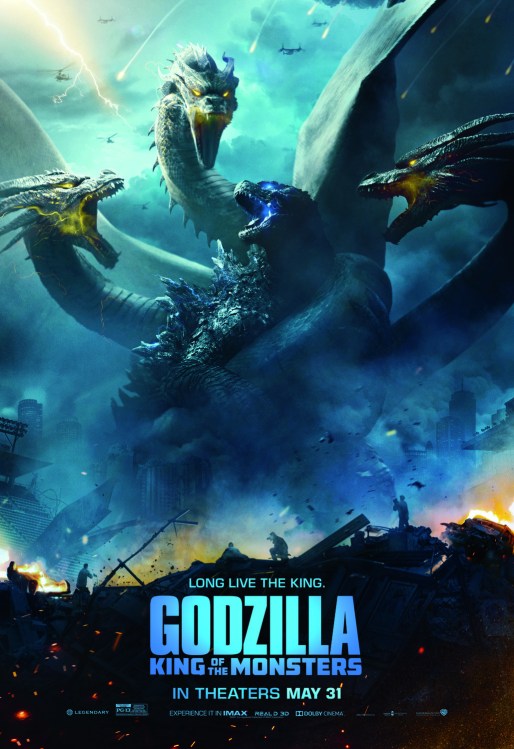