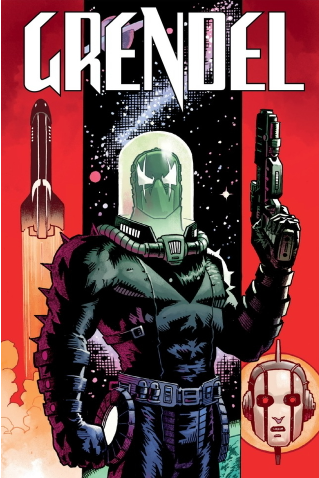 I answered a question on Twitter — and my short thread of responses really took off, with a couple of tweets getting about 5,000 likes each.  (That isn’t a lot by some standards, but it’s a lot for me; I typically don’t get a huge amount of attention on the platform.)  Sharing here. 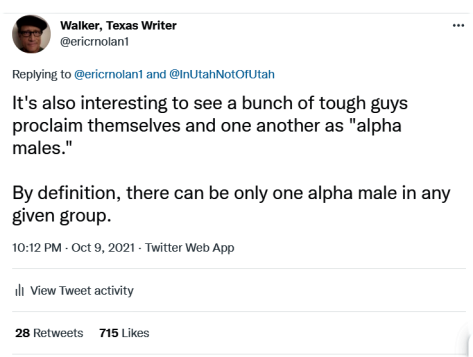 I just like how all those boxlike squares juxtapose themselves with one another. 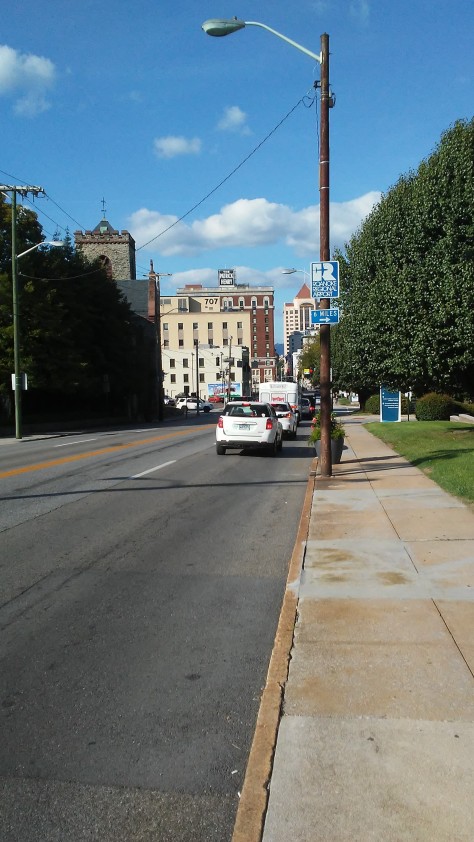 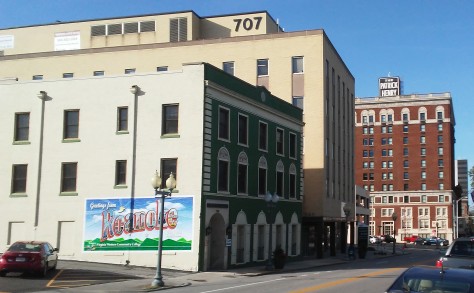 So with a poem just published in Peeking Cat 40, that makes 10 anthologies where one of my poems or stories have appeared — plus two chapbooks on top of those.  (The first anthology would have been Dagda Publishing’s Threads eight years ago.)  When I received my copy of Peeking Cat 40 today, I promptly celebrated with MacDonald’s.  (We eat healthy at my house.)

The book is superb.  I’m thrilled to join so many talented writers from around the world in such an outstanding showcase of prose and poetry selected by Peeking Cat Literary over the past year.  Thanks once again to Editor Sam Rose!

I believe I used the word “perch” here several times when I should have said “scaffolding.”  What can I say?  I’m not very good with words.  [Update — a pal of mine just told me the preferred term is actually “cradle.”  But she’s British, and they’ve got some funky linguistic differences with us — with their “flats” and their “chips” and their “bangers” and their consistently correct grammar and all that.]

The guys on the right said of the building (near the very top) are about 20 stories up. 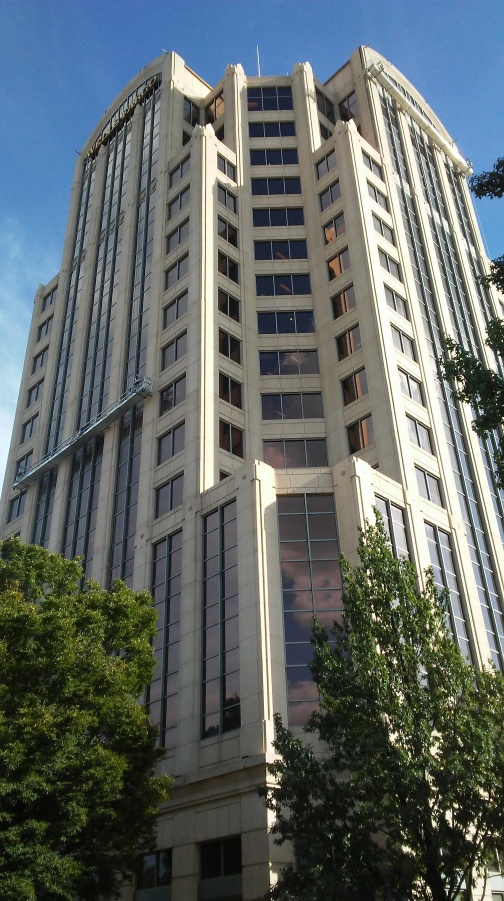 Like so many other alumni, I remember him with great fondness.  He was a truly outstanding teacher and a thoughtful, considerate man who was passionate about his work.

You can find a tribute to Dr. Cain here via the Covenant Funeral Service.

Pictured after the first photo are the rears of buildings that face Rorer Avenue to the north.

That building you see in the distance in the last photo before the video is the Wells Fargo Tower.

Regarding the black-and-white shots here — Roanoke is actually a very cheery place, and a clean and well kept city.  I just like draining the light and color from photos and then boosting their clarity through the roof. 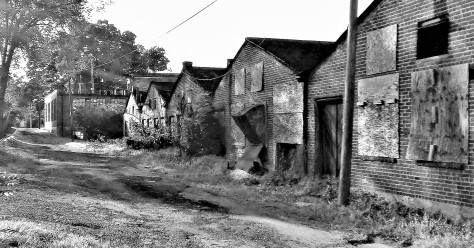 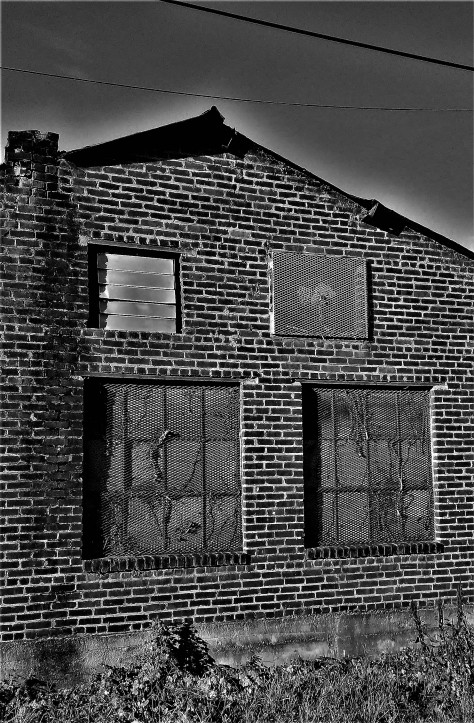 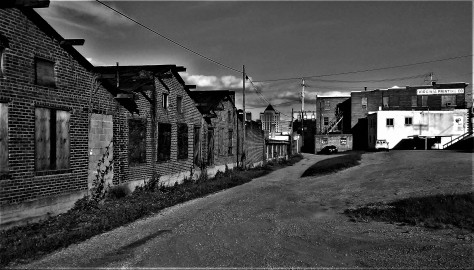