Yep.  As the meme below (from Geek Club) suggests, 70’s and 80’s kids were led to believe that quicksand would be a far greater threat than it actually was.   The warnings I accepted as the direst were those from the swashbuckling jungle explorers that I admired.

See Issue #7 of “The Further Adventures of Indiana Jones” below, for example.  (It happened to Indy at least twice in this comic series.)  And Frank Buck found himself in a similar predicament in “Bring ‘Em Back Alive,” which I’ve mentioned previously here at the blog.)

I even asked my Dad pretty earnestly once about how I should escape quicksand if I ever fell into it.  (I fully planned on becoming an explorer when I grew up.)  Believe it or not, the smart son-of-a-gun actually had a decent answer for me.  I can only remember it vaguely, but I’m pretty sure you were supposed to tread water and try to float on the silty surface of it.  You were NOT supposed to step down into the bog-like mud beneath your feet — it was the suction there that would do you in. 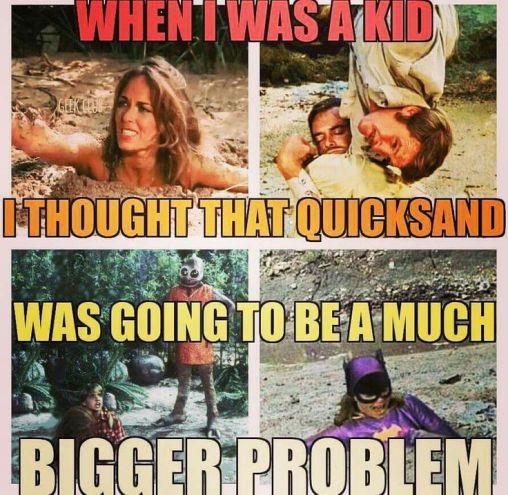 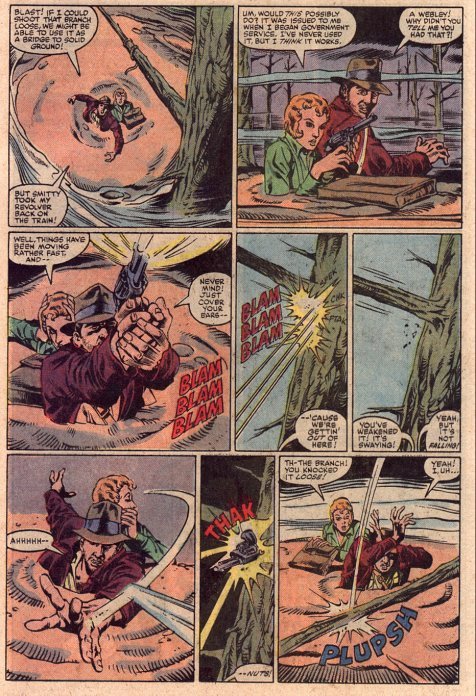 I suppose that “Wizards and Warriors” was what passed for “Game of Thrones” in 1983.  Except it was cheesy as hell (which of course meant that I loved it as a fourth grader), and it didn’t last longer than eight episodes.

It was CBS’ mid-season replacement for my beloved “Bring ‘Em Back Alive” (the Bruce Boxleitner retro adventure series that I’ve written about here previously), which was cancelled due to low ratings.  “Wizards and Warriors” ran in its 8 PM time slot, and then itself was cancelled due to low ratings, so it never saw a second season.  (I believe both shows were competing with NBC’s ratings juggernaut, “The A-Team,” which every kid in the world loved except me.  I was weird.)

“Wizards and Warriors” was really just an obvious effort to capitalize on the popularity of the “Dungeons & Dragons” role-playing game.  The show was campy stuff.  The pilot episode, which you can watch in its entirety over at dailymotion, was entitled “The Unicorn of Death.”  It dealt with a time-bomb hidden inside a princess’ birthday present, which strikes me as a pretty surprising plot for a sword-and-sorcery program.

It had a cast that went on to better things, though.  One was Julia Duffy, of “Newheart” (1982-1990) fame.  Another was “Grease” (1978) veteran Jeff Conaway, who most 80’s kids will remember from “Taxi” (1978-1983).  The dastardly villain of “Wizards and Warriors” was played by the terrific character actor Duncan Regehr, a “that guy” actor who popped up in a lot of genre roles in the 80’s and 90’s.  Here’s the thing about Regehr — I want him to be a real-life bad guy.  He’s got an absolutely sly, suave, villainous face and manner — and his name just sounds like a villain’s name.  If he’d left acting to commit a series of high-profile crimes in the real world, that would be wickedly, awesomely meta. 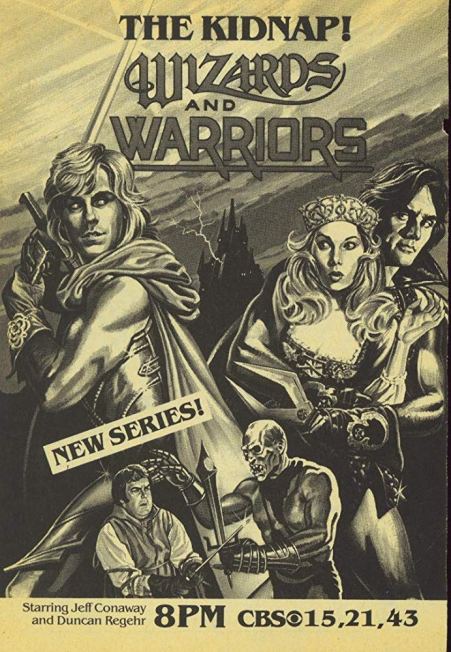 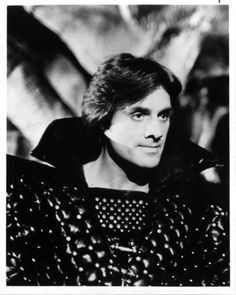 I was chatting the other day with author and blogger “Porter Girl,” about what I call the “80’s ‘Raiders’ TV ripoffs.”  And that’s … probably an unjustly harsh term coming from me, because I absolutely loved both shows in question when they were on the air in 1982.

I’m talking about “Tales of the Gold Monkey” and “Bring ‘Em Back Alive,” which both aired for only a single season.  (“Bring ‘Em Back Alive” had the misfortune of airing opposite “The A-Team,” a show I never liked but which was a LITTLE popular among my peer group of 10-year-olds.)

“Raiders of the Lost Ark” had hit theaters a year prior.  Countless adults will tell you today that the “Star Wars” movies were part of their childhood, and that’s true for me too.  But “Raiders” was a far larger part, and today it is still tied with “Vanilla Sky” (2001) for my favorite movie of all time.  And if you’ve ever read this blog before, then you know that I watch a lot of movies.

So I was thrilled when two shows appeared that were so much LIKE “Raiders.”  Both were sort of … “Raiders” Lite.  (I think what a lot of people fail to realize is that the sometimes grim inaugural 1981 movie was unambiguously aimed at adults, while the sequels were geared toward the younger set.)

And, to be fair, each show stood on its own.  “Tales” was set in the Pacific in 1938, and followed cargo plane pilot Jake Cutter (played by Stephen Collins).  He and his near-sentient, one-eyed dog, “Jack,” adventured among all manner of period players: Nazi spies, American spies, Imperial Japanese officers, et alia.  (I think that both “Tales” and “Raiders” misled an entire generation about the degree of gunfights and swordplay connected with certain careers.)

The show’s title derives from the adventure in its pilot episode; Jake and company face a mysterious island in which giant, vicious were-monkey cryptids protect a golden monkey statue.  (Think of the evil primates in “Congo” (1995).)  I explained to my friend that I thought this was maybe inspired by the Hovitos’ gold idol in the opening of “Raiders.”  Quite honestly?  I remember that pilot episode being pretty scary for a kid, and it was unusually dark for early 80’s primetime show.

I’m surprised that anyone even remembers “Tales” or “Bring ‘Em.”  I don’t ever remember meeting another fourth grader who talked about either show.  It was always about “The A-Team” in the lunch room, and the “DID YOU SEE WHEN THAT GUY SHOT THAT GUY?!”  But Blog Correspondent Pete Harrison chimed in immediately when I posted about “Tales” on Facebook, and there are people in the blogosphere who fondly remember them too.

If you do recall them with a smile, as I do, I think they’re both available on DVD. 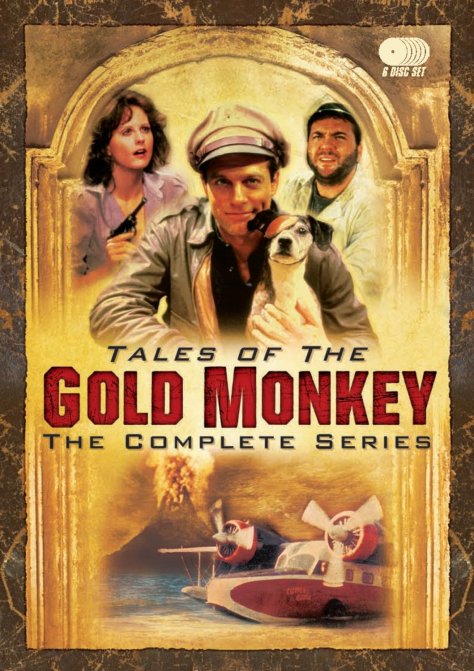 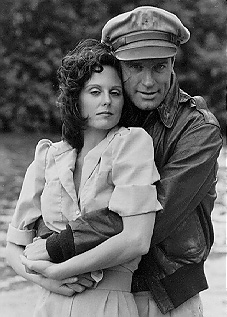 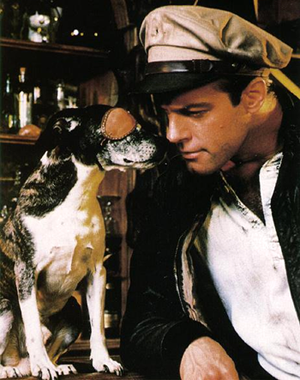 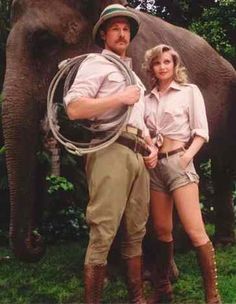 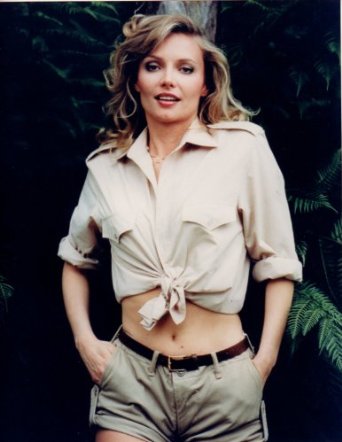 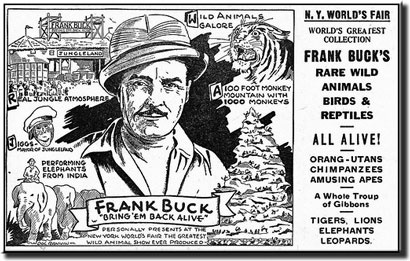