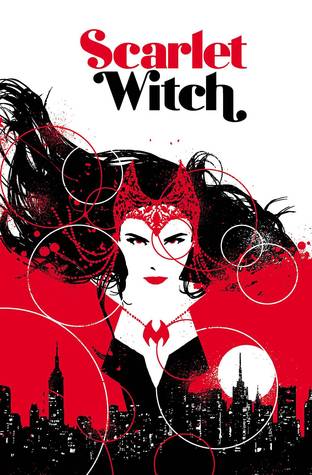 At the start of “X-Men: Apocalypse” (2016) I was worried that I was finally beginning to experience a degree of “viewer fatigue” in connection with the beloved franchise.  This would be the ninth film since the X-Men first hit the big screen in 2000, if you count this year’s “Deadpool,” and its somewhat formulaic setup felt by-the-numbers.  Once again, a diverse, earnest, international group of young people unite under Charles Xavier’s leadership to combat an even greater threat than the one presented by the last film.  (This time it’s “Apocalypse,” a Big Bad with truly godlike powers.)  And they save the day despite their youth, their inexperience, their self-doubt or the suspicions of a prejudiced humanity.)  How exciting can the arrival of Angel (Ben Hardy) and Nightcrawler (Kodi Smit-McPhee) be if these were already key reveals in past movies?  And … the cameo?

There are script problems.  The whole thing is cluttered with too many major characters.  Many are thinly drawn; a few make inexplicable, major decisions that affect the plot.  Fan favorites like Mystique (Jennifer Lawrence) and Magneto (Michael Fassbender) get too little attention to make their ardent fanbases happy, I think.  The villain looks like a middle-aged and particularly grumpy member of Blue Man Group.

And, yet … I still frikkin’ loved this.  I’d grudgingly give it a 9 out of 10, simply because I enjoyed it so much.  It’s the X-Men.  It’s a big-budget, globally staged smackdown with great special effects, and it was obviously made by people who love the source material and tried to stay true to it, despite its inevitably campy nature and its implausibility.  Characters like Havoc (Lucas Till) and Psylocke (Olivia Munn) are fun to watch.  (Am I the only one who nostalgically remembers the latter character from the 90’s comic books?)  There is even a really nice stab at self-referential humor poking fun at the earlier films.

This movie had two things going for it that really made me want to see it a second time around.  The first is Quicksilver.  The X-Men movies will probably never equal the skillfully made blockbusters of that other Marvel universe, but I’ll be damned if the franchise doesn’t totally beat them out in rendering this character.  (Yes, this is indeed the same character in the comics who inspired Scarlet Witch’s brother in “Avengers: Age of Ultron” (2015).)  Evan Peters brings great charisma to the role; the special effects connected with his action sequences are beautiful and goddam perfect.  He’s easily cooler and more likable than any other teen superhero I can remember — and that includes Tom Holland’s excellent new Spider-Man.

The second thing that make me want to watch it again is the action sequences.  The finale is damn fun.  I think it must be difficult to write, stage, direct and physically perform a melee among a group of combatants with various superhuman abilities and varying degrees of power.  But the climax here works.  It’s an entertaining battle that feels like it was lifted perfectly from the comics, and it ought to please fans of the genre.

Anyway, I obviously do recommend this.  Check it out.