Because there is no god, and because life is a stupefying, interminable Kafkaesque nocturnal hellscape.

Hey, I generally love Ben & Jerry’s.  It’s an awesome brand.  But Pumpkin Cheesecake ice cream combines two of the very worst things in the universe — into a new and confusing amalgam of horror.  (Anyone who knows me will tell you that I abhor all things pumpkin-flavored.  And I’ve harbored a private loathing of cheesecake since college — there’s a weird story behind that.)

So, for me, this is like taking two things that cannot possibly be worse, and yet somehow making them worse via cruel combination.  Like maybe a giant spider that also has gonorrhea.  Or maybe Donald Trump singing an entire Whitney Houston album.

Remember that fish entree I showed you that looked like “Pumpkinhead?”  I would rather eat that than this.

My friend gave me a permission to post this picture only if I said it was delicious.  I lied to her. 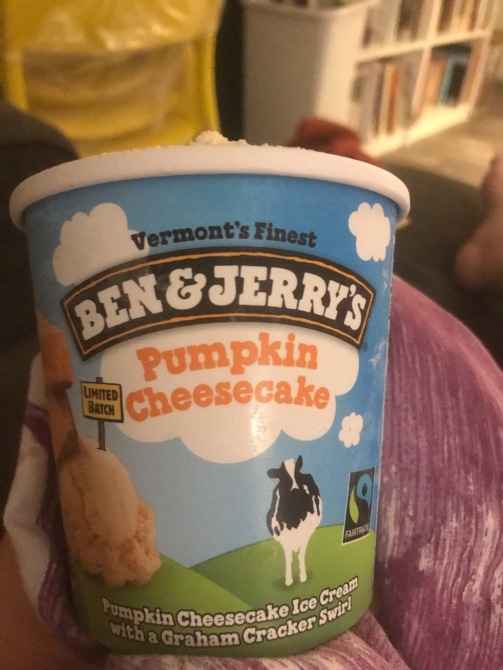 2 thoughts on “A pal of mine actually ate this last night.”