Before you call Roanoke a small town, remember — it’s got its own ICBM.

I’m kidding.  It’s not a nuclear missile.  I think it’s a … rocket of some kind?  I’m too lazy to google it.  It’s outside the Virginia Transportation Museum.

Why do I so badly want it to be a stolen Russian rocket, reminiscent of 1982’s “Firefox” with Clint Eastwood?

Update: I have just been informed by a few people that this actually was a nuclear missile at one point.  Apparently what we’re looking at is a Jupiter-class rocket that once held a nuclear warhead?  And here I was only joking above … 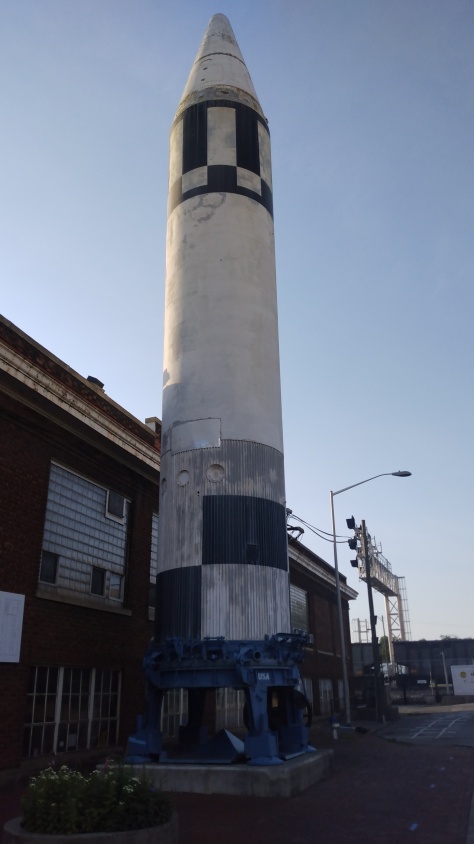