Isn’t this the coolest Halloween card ever?  The little skeleton guy dances.

Hope you guys have something scary planned for the month ahead.  I’ve got a short list of movies I’d love to make time for: “Dracula” (1939), “House of the Devil” (2009),  “Annabelle Creation” (2017) and “Mr. Mercedes” Season 3 (2019).  Yeah, I know that last one isn’t a feature film, but it’s a program of truly cinematic quality.  “Mr. Mercedes” has been the best kept secret in Stephen King fandom — no, its antagonist isn’t as flashy as Pennywise the Clown or The Gunslinger’s various nemeses.  But it’s a gorgeous adaptation of a King novel that might even be better than its source material.  Check it out, seriously — skip “American Horror Story” if you have to.

There are two movies I need to get to that have been recommended to me with a lot of enthusiasm.  The first is “In the Mouth of Madness,” 1994’s H.P. Lovecraft adaptation starring Sam Neill.  (I actually started it a few years ago after a friend in New York urged me to, but it just didn’t hold my interest.)  The second is 2001’s “Shadow of the Vampire,” which features Willem Dafoe doing Nosferatu.  (I only discovered just now writing this that John Malkovich portrays F.W. Murnau.)

I’ll tell you something else, too — I’ve checked out one or two short films on the free ALTER channel and they’ve been terrific.  Maybe I’m due for another visit there. 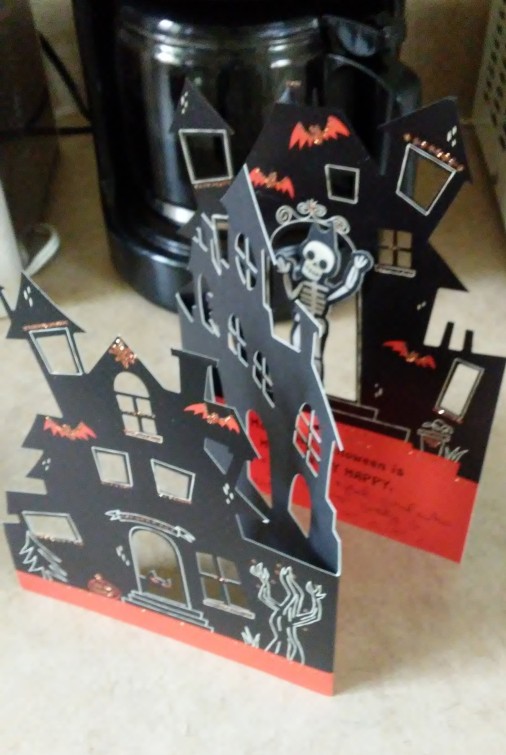 Sorry, but for me “Velvet Buzzsaw” (2019) was a bust.  I’d rate it a 3 out of 10 for being an interesting and ambitious Netflix horror film that nevertheless failed to hold my interest.

My interest was piqued along with everyone else when I first saw the trailer for this earlier this year.  It looked amazing.  It was a high-concept supernatural horror film with great visual effects and a cast that included Jake Gyllenhaal, Rene Russo and John Malkovich.  (The cast also includes Toni Collette, who I’ve recently come to understand is a damned good actress.)  It looked funny too.

But “Velvet Buzzaw” fatally suffers from the characters that it depicts.  All of the above actors portray profoundly irritating characters, and not even their formidable talents make these characters any fun to watch.  The movie takes place in the Miami Beach art world, and the major characters are artists, critics, or gallery owners and employees.  (The plot device here is a collection of haunted paintings that kill their owners.)  With the exception of Malkovich’s artist (“Piers”), these characters are so cloying, trite and pretentious that seeing them on screen is nearly nerve rattling.  You don’t care much that they’re imperiled.  You just want to see them die, so that the movie will be over.

There are some things to like.  Malkovich and Russo re always fun to watch, a lot of the special effects are quite good, and the final demise in the film is actually very well rendered.  (Given the mediocrity of the movie as a whole, I was surprised at how clever and unsettling this was.)  A college buddy of mine with excellent taste in horror actually liked “Velvet Buzzsaw” quite a bit.  So maybe this is just a matter of taste.

I can’t recommend this, though.

Netflix’ “Bird Box” generally pleases — I’d rate it an 8 out of 10, and I’d recommend it to anyone looking for a creative and effective apocalyptic horror film.  A few reviewers call it a “high-concept” horror movie because of its MacGuffin — an invasion of otherworldly beings causes anyone who looks at them to hallucinate and become suicidally depressed.  (A handful of survivors escape the chaotic mass suicides because they are lucky enough not to lay eyes on the mysterious, mind-bending creatures which can become images of their victims’ worst fears.)

It’s a hell of a setup — it reminds many people of this year’s “A Quiet Place” and 2008’s unfairly maligned “The Happening.”  (Hey, I really liked that movie.)  For some reason, “Bird Box” reminded me of the 1985 “The Twilight Zone” episode, “Need to Know.”  (It’s a great ep.)  And the plot device pays off — “Bird Box” is genuinely unsettling, and the whole story comes across as a blackly inventive end-of-the-world tale.

Sandra Bullock is good here; supporting actors Sarah Paulson and John Malkovich are even better. (Malkovich is mesmerizing whenever he plays an intense or unpleasant character.)

The film suffers somewhat from puzzling pacing problems — sometimes the story appears to be unfolding too quickly, but by the end of the two-hour movie, it feels too long.  “Bird Box” was adapted from a structured 2014 novel by Josh Malerman; I strongly get the sense that it tries to squeeze too much of its source material into a the running time for a movie.  I honestly think I would have enjoyed it much more if its frightening plot device and interesting, well-played characters were explored in a mini-series.

There’s another disappointment too — we learn very little about the story’s antagonists, beyond one character’s hypothesis that they’re archetypal punishing figures from a number of the world’s religions.  I wanted to know more.