I might be in the minority here; a lot of people are severely panning this show online.  And I do recognize its weaknesses — there is very little detail in its plot or character development … there is often even very little dialogue at all.  And even I recognized some plot holes.  (I’m typically a little slow on the uptake where these are concerned.)

But this bare-bones zombie story still manages to screen some likable characters, and then put them through a thrilling succession of hyper-kinetic chases and melees.  I was on the edge of my seat, and I consequently didn’t miss the methodical, detailed plotting of shows like “The Walking Dead.”  The season’s finale is crowned by an extended, eye-level, real-time action set-piece that ought to be considered a classic in the  zombie-horror subgenre.  It was mind-blowing. I just can’t dislike a horror property that genuinely scared me.

I could simply be out of step with everyone else; I often have different tastes in zombie fare.  I love Zack Snyder’s 2008 remake of “Dawn of the Dead,” which this series reminds me of.  And I also love similar overseas productions like Spain’s “[REC]” films (2007 – 2014) and Britain’s “Dead Set” miniseries (2008), while those amazing entries are hardly known among my friends.  I also cannot understand why many people who love George A. Romero’s and Robert Kirkman’s productions must always compare other films and TV shows unfavorably to them.  We can love both.  Why not?

Hey, if you don’t want to make my word for it, here is what Stephen King tweeted: “No long, fraught discussions. No endless flashbacks, because there’s no back story. No grouchy teens. Dialogue is spare. Much shot with a single handheld camera, very fluid.”

I obviously recommend this. 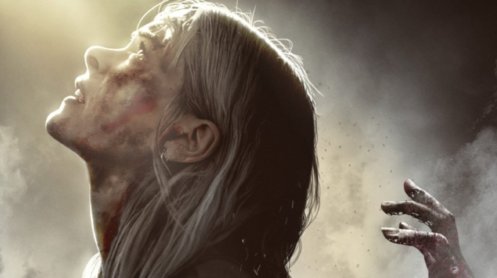