Take a look at the movie poster below for the Ford Brothers’ “The Dead” (2010).  It’s problematic for two reasons.

One, of course, is that it contains what is arguably the most unimaginative title in zombie movie history.

Two is its immediate recollection of the marketing art for Zack Snyder’s terrific 2004 “Dawn of the Dead” remake.  It is so similar in composition and color scheme that it makes the Ford Brothers’ film look like a “mockbuster,” whose cover is designed to fool hasty movie renters.

And that’s a shame, because “The Dead” is a fairly decent zombie movie in its own right — I’d rate it a 7 out of 10.  It’s a lower-budget feature, and some of the acting is a bit flat, but this is a movie that does a lot with a little.  The film wisely makes the most of its African setting, and has an intelligent, if slowly paced, story.  It focuses on its two military protagonists’ needs for food, sleep, shelter, fuel and vigilance, during the course of a lengthy overland trek.  That’s refreshing in an era of “Strippers vs. Zombies” (2012), and various fairly lackluster clones of “Shaun of the Dead” (2004).

Best of all, however, is the film’s skilled manner of evoking “slow burn” or “creeping” horror.  The zombies in “The Dead” usually move quite slowly.  They might be the slowest zombies I’ve ever seen.  This might be the anti-“28 Days Later” (2002).  But that makes the vibe here unique among the spate of modern zombie films — and maybe a little reminiscent of George A Romero’s pioneering early films.  If your reaction is like mine, you’ll find it a little unnerving to see them gather en masse at a snail’s pace. 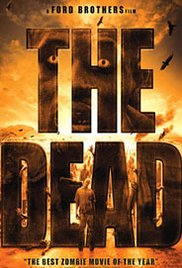 When it’s “April Apocalypse” (2013).  Don’t let that dissuade you from watching it, though, because despite being a derivative zombie movie, it’s still quite good.  [THIS REVIEW CONTAINS MINOR SPOILERS.]

To be honest, it actually borrows more heavily from “Zombieland” (2009), with its tone and narrative style.   But … I actually think I like this more than “Zombieland,” because the humor of that popular movie often fell flat with me, and I walked away feeling that it was a little overrated.

“April Apocalypse” actually has a smart, funny script, with a likable kid as a protagonist (capably played by Reece Thompson, who reminds me a little of Ryan Reynolds).  There are a lot of genuine laughs, depending on off-beat, quirky characters and dry line delivery.  The family scenes are extremely funny — who would have thought that the prison rapist from “The Shawshank Redemption” (Mark Rolston) could be a hilarious dysfunctional Dad?  I’d give this movie an 8 out of 10, and I cheerfully recommend it to fans of the genre.

I … don’t always respond so well to horror-comedies, so some of the truly black humor was a turn-off for me.  We see a church full of desperate people perish in a manner that is supposed to be funny; one character dryly shrugs them off as expendable “Jesus Freaks.”  If you ask me, that’s disturbing, not funny.  Ask yourself this, secular friends — what if the script was different, and those sacrificed (in grisly fashion) were attendants at an American Atheist Convention?  Most of my close friends who enjoy “The Walking Dead” as much as I do are also Christian.  Which makes this joke, at the very least … icky, in my opinion.

We also see a running gag that I’ve seen pop up from time to time in zombie films and fiction.  Otherwise good-natured characters gleefully enjoy killing the zombie versions of people who they disliked when they were alive.  That’s some pretty dark humor, and maybe it’s transparently pathological.  I like survival stories of people coming together to fight an insurmountable threat — not murder-by-proxy jokes.

Finally, I would have gone with a different ending.  I won’t say more because I don’t want to make this post too spoiler-heavy.

Anyway, sorry to over-analyze and be a grumpy old man.  Do give this film a chance and watch it.  It was surprisingly good and made me laugh a lot. 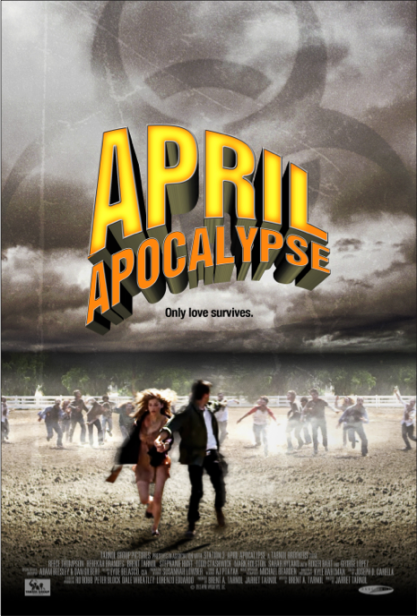