“All art is a kind of confession, more or less oblique. All artists, if they are to survive, are forced, at last, to tell the whole story, to vomit the anguish up.”

— from James Baldwin’s “The Precarious Vogue of Ingmar Bergman” in Esquire, April 1960

… if Donald Trump continues using secret police to pop up and snatch people off the streets, then please join me in referring to them as “the Morlocks.”

I’m kinda surprised we missed the opportunity the first time. 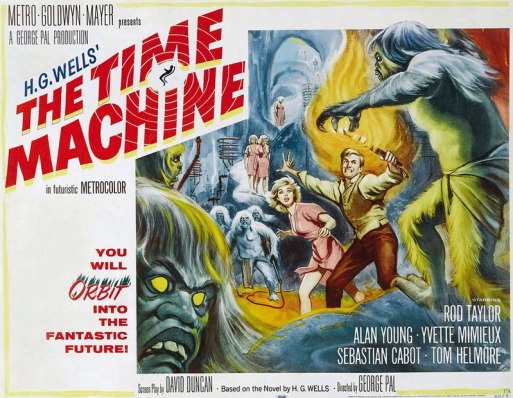 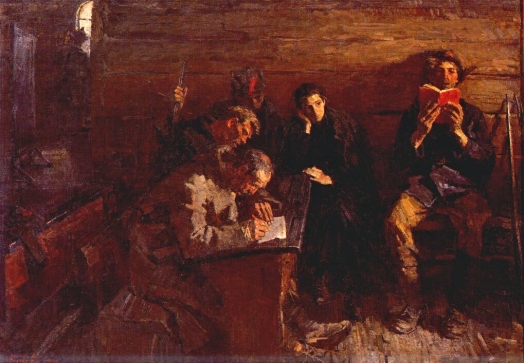 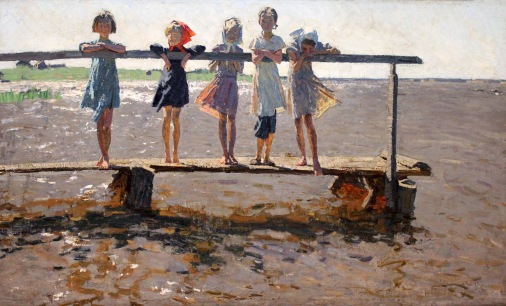 I’ll come straight to the point — “Emilie” is an exceptional horror-thriller that belongs on your list of films to see, provided you can stomach some disturbing content.  This movie hooked me in under a minute, even before its title appeared on screen.  Then it kept me glued to it throughout most of its running length.  It could have been an even better film — a classic on par with “Psycho” (1960) or “Fatal Attraction”(1987), were it not for some key creative choices about halfway through.

I’d give this movie a 9 out of 10.  It succeeds for two reasons — great acting and a script that perfectly employs dialogue that is at first subtle and nuanced, and then increasingly frightening.  The title character is a babysitter who is not what the parents expected, in more ways than one.  After some deliberately awkward character interaction with the departing parents, she proceeds to subject the children to a series of progressively more demented psychological games.  What follows is a thriller brimming with pathos.  The movie reminded me a lot of the critically acclaimed and controversial “Funny Games” (2007). That film also showed ostensibly innocent adversaries entering a family’s home after gaining their trust, and then doing awful things.

Emilie is played to perfection by Sarah Bolger, who has a beautiful, kind face, which only makes the character’s incongruous psychopathy even more unsettling for the viewer.  It took me a while to place the actress’ face, until I recognized her as the somewhat feckless protagonist of 2011’s “The Moth Diaries.”  I was impressed with her talent then as a hapless good guy, and I think her performance here was phenomenal.  She plays the innocent-looking, yet icy antagonist here with subtle, unnerving malice.  The rest of the cast is also uniformly quite good.  This is true even of the young child actors, but most especially of Joshua Rush.

The movie is briskly paced, but its sparing dialogue still manages to rattle and then shock.  It’s a sometimes obscene story of imperiled children that really gets under your skin.  Most of its directing is clean and clear.  Combined with the unusual score, it gives the story a dreamlike quality.

The movie loses its way just a little at about the 40-minute mark, when its perverse, moody dialogue and strictly psychological horror give way to the familiar elements of a boilerplate thriller.  An unnecessary backstory is given for our antagonist, delivered by an overly convenient, standard flashback sequence that feels out of place and that disrupts the pacing.  (“Her mind was shattered.”)  Then, other plot points also feel just a little by-the-numbers, moving “Emilie” away from true cinematic greatness and toward just being a very good horror flick.

Finally, Bolger’s villain is defanged a little when the script calls for her to lose her calm demeanor after the plucky, oldest child (Rush) defies her, in a well executed but entirely predictable David and Goliath story.  And her character’s reliance on a nameless, voiceless and superfluous confederate here also makes her a little less enigmatic.

How much greater would this movie have been if Emilie’s motivations remained a mystery?  What if, like “Funny Games” or “The Strangers” (2008), all we knew is that she was an highly intelligent sociopath acting for no discernible reason?  What if she were acting entirely alone?

And what if the horror remained strictly psychological, with no actual violence to up the ante until the closing minutes?  The most disturbing scenario I can think of is this — what if she were able to psychologically manipulate the children to violently turn against one another, or against their parents upon their return?  That could be an ambiguous, darker and far more thematic story than the second half of the film we see here.

Still, this was a damned effective scary movie, and that’s good enough.  I recommend it.

One more thing — there actually is a famous, heartwarming French romantic comedy entitled “Amelie” (2001), which I have not seen.  I think it would be blackly funny if some sentimental filmgoers wanted to rent that and accidentally picked up “Emilie.”

I know that love for “Fear the Walking Dead” (2015) is not universal, but I needed to pipe in at least once to say that I thought that “Season 1” was terrific.  (I feel funny calling six episodes a “season,” but I’ve heard that de facto miniseries like this are a new trend in television.)  I’d give this apocalypse story a 9 out of 10.

For me, “Fear the Walking Dead” satisfied a longstanding itch.  If you grow up a fan of post-apocalyptic horror, you are constantly exposed to the aftermath of the end of the world.  In the vast majority of films and fiction, horror fans are treated to flashbacks, at best, of how it all went down.  Here we (partly, at least) get to see it all go down.

I’ll bet that stories so expansive in scope are a little harder to conceive and write convincingly.  Very few writers of prose or screenplays have expertise in disaster management, disease control, mass psychology or homeland security.  How much easier is it to have protagonists roam a landscape of burned out buildings, with only graffiti, snippets of conversation, and occasionally a blown newspaper offering hints of exactly how the end came about?

“Fear” deserves a hell of a lot of credit just for trying (as does “The Strain” over at FX).  It’s also why the globally plotted “Contagion” (2011) was such a frighteningly interesting thriller, and why Max Brooks’ stage-by-stage zombie pandemic easily made “World War Z” the greatest zombie novel ever written.  Through the eyes of an average family, “Fear” at least tries to show us meaningful glimpses into how police, emergency and military authorities would react.  The result is some interesting stories.  A nerdy high school student is the first to prepare, for example, due to his attention to the Internet’s alternative media.  And a doomed compact between a civilian neighborhood and their putative military protectors concludes in a particularly horrifying way.

Soooooo many viewers complained that there were “no zombies.”  Well, there were always a couple, at least — we got a great one in the first episode’s earliest minutes.  But that wasn’t the point.  The creators of “Fear” told us that this would be a different type of show, with a “slow burn” -type horror.  For me, that worked.  Look at it this way — we routinely see “zombie swarms” over at that other show (what was its name again?).  We’ve been seeing them for five whole seasons — the first repelled Rick Grimes’ ill advised solitary horseback exploration of Atlanta.  That’s fun for a zombie horror fan, but it’s nothing new.

“Fear” offers us something much different — a kind of “creeping horror.”  This seemed like the “Psycho” (1960) of onscreen zombie tales.  No, we don’t see zombies everywhere, but watching even one episode of “The Walking Dead” (2010) lets us know that these lackadaisical everyday people are in for a hell of a ride.  We, the viewers, know what they do not.  That’s what our high school English teachers taught us was “dramatic irony,” and it makes this a nice little companion show to “The Walking Dead.”  In fact, ALL the characters we see are probably doomed to die, given what we know of the statistics established by “The Walking Dead.”  That’s pretty dark stuff.

Other viewers complained about the characters being boring or unlikable.  I do get that.  Nobody here, I think, will ever gain the same viewer loyalty as Rick, Michonne or Daryl Dixon.  (If it were put to a vote among the women of the world, I’m pretty sure they’d rename “The Walking Dead” as “The Norman Reedus Show.”)  But “Fear’s” average (and, yes, sometimes boring) people seemed far more “real” to me — I think they functioned better as viewer surrogates, and better allowed me to imagine how I might react in a world like this.  I almost started viewing this as an end-of-the-world docudrama in the same manner as the BBC’s little known “End Day” (2005).

Besides, two characters in particular do show great promise.  I just can’t say who or why without spoiling that they survived.  Yet another character who appears suicidal in the final episode is one that I thought was pretty interesting, and we do not actually see this person’s death.

Sure, I had my own quibbles.  Los Angeles is remarkably empty for a city of nearly 4 million people.  I’m inclined to think that, even after an unlikely evacuation attempt, it would still be swamped either with people who still needed help, or with zombies.

Also … the sparse information we’re given about the zombie phenomenon here seems disappointingly contradictory.  We’ve established that a universal, invisible illness means people will return into undeath, regardless of how they died.  But we also see a flu-like illness affect some people (who are doomed to die shortly thereafter), but not all people.  Are these two different manifestations of the same disease?  Is it even technically a contagion, or is it an environmental illness?  (I know my questions here are absurdly silly, but this is precisely the sort of thing that horror nerds argue about over at the Internet Movie Database.)

Oh, well.  My recommendation here is to give this a chance, with the caveat that it definitely isn’t “The Walking Dead.”  It’s damn good.

Oh!  One more thing!  Keep an eye out for occasional homages to “28 Days Later” (2002).  And watch closely — one such plot arc is devilishly turned on its head in a subtle thematic twist.