This handemade leather-bound volume is about the length of my forefinger; it was an especially cool Christmas present from a writer friend of mine.  She picked it up for me at a Renaissance Faire.  She told me I could write all my “secret thoughts” here.  (I’ve got a lot of ’em.)

I personally like to think that it looks like something out of Stephen King’s “The Dark Tower” universe, like maybe the place where Roland inscribes clues about his quest.  (I know he doesn’t need to search for clues in any of the books, but still.)  Or maybe it’s a convenient pocket-tome for the vengeance-driven Arya Stark from “Game of Thrones” to keep her “list.”

I haven’t yet decided precisely what I will record here.  I quite love it, though.  It’s sitting on my desk as a reminder for me to write.  (You know what would fit perfectly on a single page?  All the progress I’ve made on my novel in the past six months.  Maybe I’ll start with that.)

I’m not sure why so many turn-of-the-century Christmas cards feature pig-powered elf transportation, but you’d be surprised.  It must be a Norwegian thing — in the same manner as their contemporaneous Americans had a predilection for frogs.  (Hey, it could be weirder, right?  Norway’s cards could features cadres of confused elves running a barber shop for pigs.)

Whatever.  Drive safe and be merry.  If you’re traveling far to see friends or family, remember to gas up your pigs. 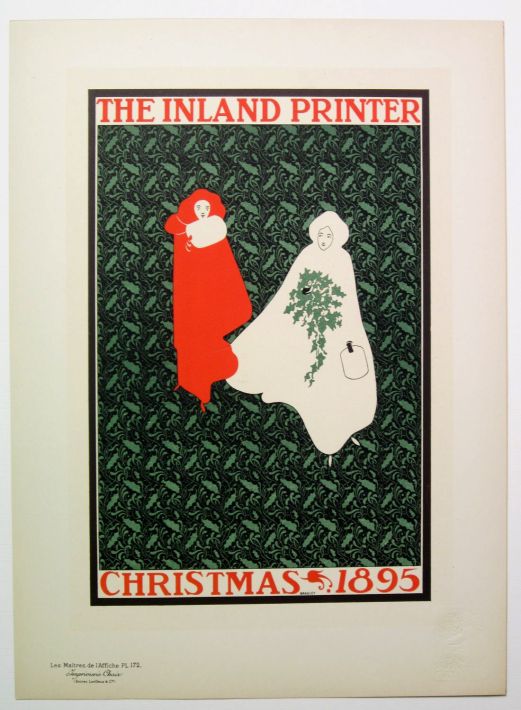 Christmas Toys set of four 6-cent 1970 U.S. stamps. The toys featured on the stamps are: a locomotive, toy horse, tricycle and a doll carriage.

Vintage Christmas cards are nuts, as anyone who’s ever gone down that particular Kafka-esque rabbit hole will tell you.  If you do a simple Google image search, you can see that our supposedly dignified forebears evidently toked up a lot around the holidays, whether it was on opium or bathtub gin or cocaine-fueled Coca-Cola or sassafras or whatever.

This might be the weirdest one yet.  The card below dates from 1912, and actually features a handwritten, rhyming poem –a lot of these antique holiday cards feature short, peculiar, rhyming poems; it was almost a folk-art genre unto itself.

Anyway, you’ll see that the poem below describes a woolly mammoth being excavated, and then … resurrecting or something.  (Or is this its ghost?)  The prehistoric animal has a creepy (though quaint and nicely vivid poem) addressing his saviors.  I’m pretty sure it’s about women’s suffrage, though I’m not sure whether it’s for or against.  I’m leaning toward the latter.  The poem gets harder to read toward the end, but … does it describe the female animals leading the males “meekly” to their long-ago death and entombment in the ice?  (And the author’s position is sort of implied by the one-word query, “Suffragette?” circled and written in blood-red letters.)

There are two cupids endeavoring to kill this unholy animal; you can find them in the top corners.  Because it’s a zombie, they are wisely aiming for its head.

“Merry Christmas,” in other words.

What is sassafras, exactly, anyway?  I can honestly you that I do not know for sure.

A buddy of mine made the cake on the right for a Christmas party.  (At left was his Pinterest inspiration; it was supposed to be a tie-dyed yule log cake.)  He is actually a truly superb cook and baker, but here he finally created something that I can embarrass him with.

I opined that it looked like a rainbow submarine melted by nuclear radiation; others drew more … lewd comparisons.  Today I think it most resembles John Carpenter’s “The Thing” after devouring and assimilating the Smurf Village.  (And how’s that for a double 80’s reference?)

Look … I’m the first one to admit that I myself can’t find my way around a kitchen.  Just now, as I am writing this, I almost put “Sweet Onion (Sea Salt Blend)” on my sausage and eggs, because at first I thought it was regular salt. 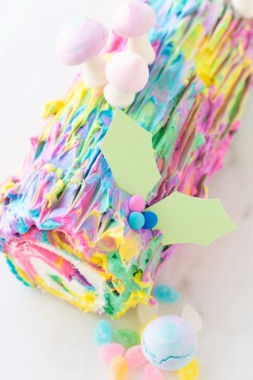 Isn’t this tie the greatest?  She sure can pick ’em!  I like to think of it as a bold, metallic blue.

Or maybe cerulean blue, like a gentle breeze.  (Actually, it isn’t, but I can’t resist an obscure “The X-Files” reference.)

And it has the truly unpredictable effect of enhancing my impression of Robert De Niro in “The Untouchables!”  (See the photos below; I am the one on the right.) 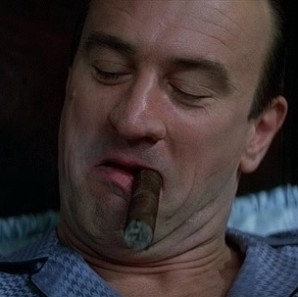 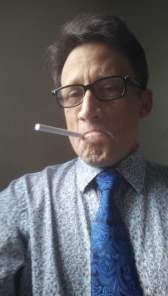