I am honored today to share some wonderful news — my colleagues over at The Bees Are Dead have graciously nominated a short story of mine for the Sundress Publications 2018 Best of the Net Anthology.

The title of the story is “At the End of the World, My Daughter Wept Metal,” and it was published last August over at the B.A.D. website.  (You can find it right here.)  It is an apocalyptic sci-fi horror tale in which nanotechnology is used for an astonishing medical breakthrough  — but then goes horribly, catastrophically wrong.

I would like to thank B.A.D. Editors Philippe Atherton-Blenkiron and Dennis Villelmi for the nomination and their invaluable support for my work.  I am truly grateful.

I am quite grateful tonight to see The Bees Are Dead publish my apocalyptic science-fiction/horror story, “At the End of the World, My Daughter Wept Metal.”  (You can find it at the link below.)

I hope you enjoy it. It’s definitely one of my darker tales, and I was fortunate to receive some terrific editorial guidance from Philippe Atherton-Blenkiron, which greatly improved my original text.

I’d like to thank both Philippe and Dennis Villelmi over at B.A.D. for granting me this wonderful opportunity to share my voice! Cheers, Mates!

“At the End of the World, My Daughter Wept Metal”

Calling all storytellers, poets, photographers and artists who harbor dark visions of the future in their hearts — submit your work to “The Bees Are Dead!”  B.A.D. is an entirely new transatlantic webzine devoted to dystopian, futuristic and post-apocalyptic literature, and it released its first official Call for Submissions today:

The Bees Are Dead – Call for Submissions

I am honored to share here that I’ve been invited to partner in B.A.D.’s development with two friends and distinguished colleagues of mine.  The first is Philippe Atherton-Blenkiron, and the second is Dennis Williamson.  (If you’re familiar with my blog, then you’re well aware that I have long admired both men’s work.)  As a third of “The Triumvirate,” I’ll be privileged to read and view your own interpretations of terrible days ahead.

So, please, visit the site, peruse our guidelines, and consider whether you might want to share any glimpses of the doomed worlds of your own creation.

Do it now … while there is still time.

Then please consider surprising them with “The Pustoy,” an outstanding book of poetry by Philippe Blenkiron.  It’s a science fiction and political epic in poetry format, describing future Britain’s rule by a genocidal dictator who scapegoats an underclass to facilitate his rise to power.  It’s quite dark, and I quite loved it.  Click the link below to read my review last year:

“The Pustoy” is also easy to purchase in either paperback or Kindle format.  You can find it at Amazon right here:

I suggest that this would make an excellent gift for lovers of books like George Orwell’s “Nineteen Eighty-four” or Ray Bradbury’s “Fahrenheit 451.”  And its format in verse would make it an even more interesting companion book.

Thanks to Philippe Atherton-Blenkiron for sharing this poem by Warsan Shire.

“The Pustoy” is a frightening and effective set of vignettes detailing the rise of a genocidal dictator in a dystopian future Britain.  When scientists ostensibly discover “the soul,” a scapegoated underclass, accused of being without souls, are executed on sight.  They are “The Pustoy” (Russian for “empty”), and their government sanctioned murder is painted cheerfully by the government as a needed national public service.

Philippe Blenkiron’s creation is an epic political poem with depth and detail, but it is still quite easy to read.  Fans of “1984”and “Brave New World” will doubtlessly find it a dark and satisfying bedtime story.

I think what surprised me the most is that this poetry collection will please fans of horror and thrillers as well.  Blenkiron has a terribly nice knack for rendering fearful images – be sure to take a close look at his various descriptions of the Staffhounds.  Yeesh.  If Blenkiron so masterfully creates such scary bad guys, it makes me wonder whether he might write horror stories.  I’d happily read them if he does.

He has a wonderfully unique voice.  And his ability to juggle of various points of view – each of which has a distinct, character- specific voice – is admirable.

This is a compelling set of poems.  Pick it up here at Amazon.com:

I harbor a resentment against Dennis because his book reviews read better than my prose.

Nevertheless, I’ll put that aside and share his review here of Philippe Blenkiron’s “The Pustoy.”

It sounds like an incredible book — and a real treat for science fiction fans.

Here is Dennis’ review at Amazon.com.  Click the link just below it for “The Pustoy” on Amazon, and consider picking up a copy for yourself:

“From across the pond, and stepping out of the prosaic and into, rather masterfully, the poetic is a work that is horrific, hermetic, Stalinistically reminiscent and…disturbingly quite possible. In Philippe Blenkiron’s, “The Pustoy,” (the latest offering from UK’s Dagda Publishing) we have before us world where metaphysics is no more immune to the malevolent policies of totalitarianism than has been the study of physics. Enter Lev Solokov, the new Prime Minister of a Britain that clearly has lost whatever Arthurian hope it may have had left; so much so that it has elected a man with a Russian name in which “Solo” foreshadows the terrifying autocracy to come. When first he mounts the rostrum of history it is to report to the public that Science has proven, beyond a shadow of a doubt, that a.) the human soul does exist, but b.) some have soul and some don’t. Those falling into the latter category are “pustoy.” a Russian word for ’empty.” And therein lies the horror, as Solokov casts his own soulless shadow over the Isles, drawing the same dividing line that we have seen in the former Soviet Union, Hitler’s Germany, Pol Pot’s Cambodia and so forth.

“Brilliantly written in a poetic form that pulls the reader along and into the darkness of this narrative, “The Pustoy” is a book that should be on the shelf or on the Kindle carousel of everyone who lends ample thought to the most important “what if” questions.
Certainly, what Mr. Blenkiron has given us is a window into the future that, unless we heed the warning signs given us by history and philosophy, will surely open and through which will come the chilled draft of dystopia such as only autocrats can offer. When reading this at the cafe, library or city park, do well to look around you and imagine your surroundings suddenly awash in the colors of incarceration and despair; do that and you will have gotten to the heart of “The Pustoy.” This is a book that can and should be read looking through the lenses of past and present, thinking both of Stalin, or Himmler, as well as Putin and, maybe, some as of yet unseen leader who will arise here…in the democratic West. Accolades, and nothing but, to both Philippe Blenkiron and to Dagda Publishing UK for this truly bewitching work.” 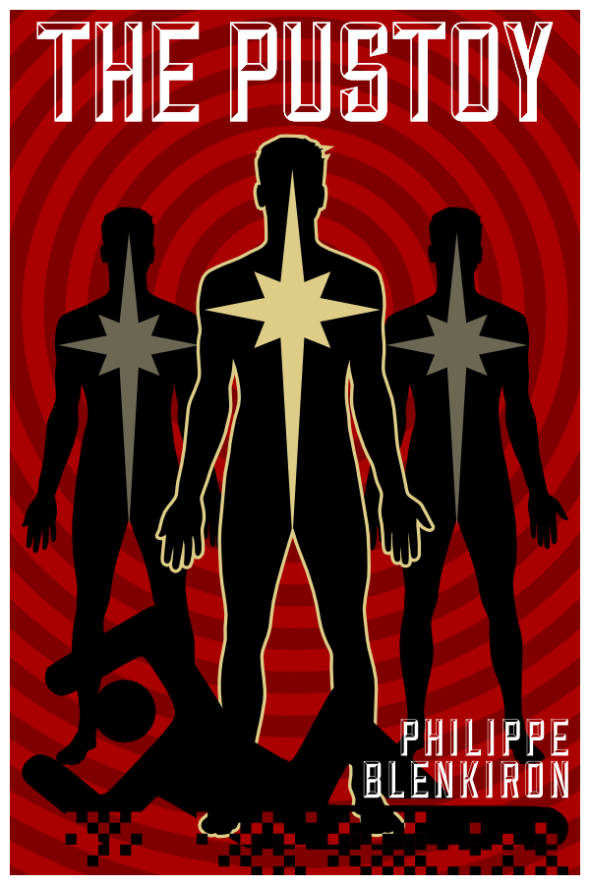