“Devil Dog: The Hound of Hell” (1978) was yet another made-for-television movie that rocked my world when I saw it in early grade school.  But it didn’t age well — not even by a narrow margin.  When I saw it on TV again a few years down the line, like maybe when I was in junior high, I realized it was … truly a third-rate horror movie.  (It was every bit s campy as the trailer below suggests.)

It wasn’t all bad, I guess.  It stars Richard Crenna.  And whatever special effects they used to show the titular monster after its demonic transformation were surprisingly decent for a 70’s TV movie.  (I actually wonder if they used the same rotoscope process that Ralph Bakshi used in the same year’s animated “The Lord of the Rings.”)

Harriette Sheffer Abels’ “Galaxy 1” books appear to be fully consigned to obscurity — I don’t have a single friend who remembers them.  They were published by Crestwood House in 1979; I certainly loved the ones I found in my elementary school library in the 1980’s.  And that says a lot, because I was a kid who loved the fantasy genre far more than science fiction.  (I had an older brother who played “Dungeons & Dragons,” and Ralph Bakshi’s animated take on “The Lord of the Rings” had captured a lot of kids’ imaginations since 1978.)  I remember how pleased I was to discover anthology-style books that featured the same cast of characters on different space-based adventures.

I’m pretty sure that “Mystery on Mars,” “Medical Emergency,” and “Silent Invaders” were among those that I read.  My favorite, however, was “Green Invasion,” which featured alien vines that grew uncontrollably and crushed anything they could ensnare and tangle.  Lord knows that was a scenario I re-created with my G.I. Joes at home. 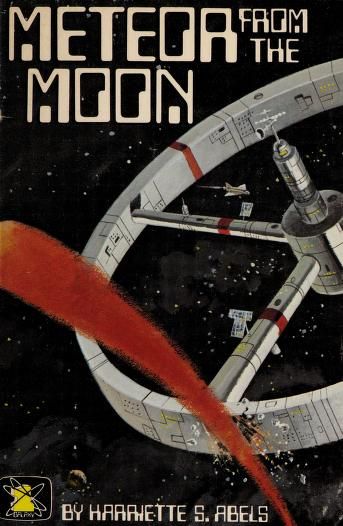 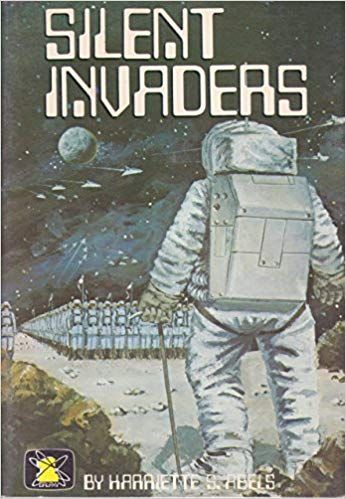 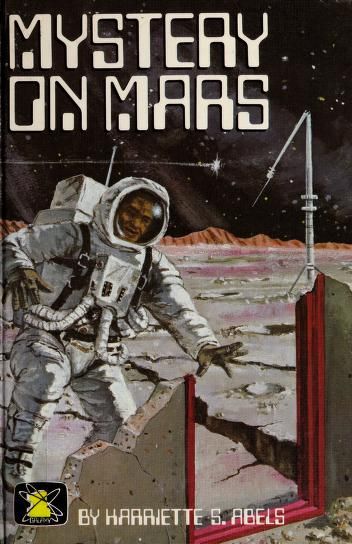 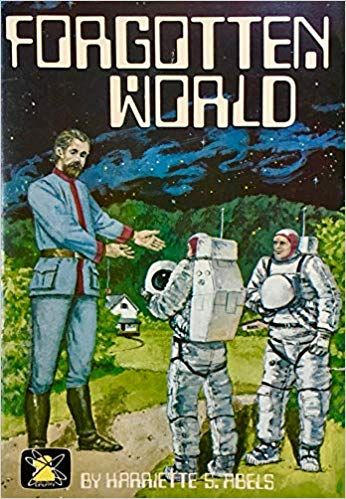 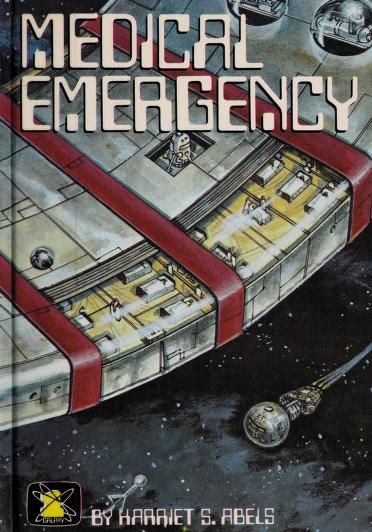 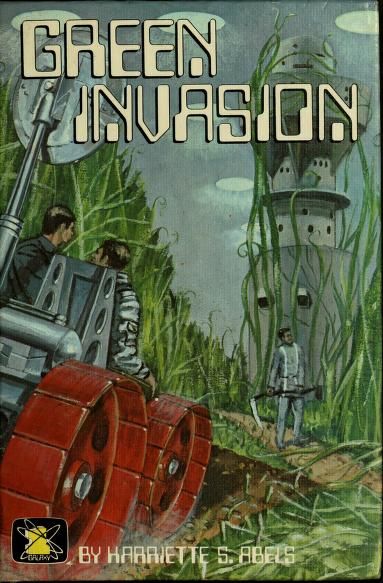 For much of its running length, I was considering writing a review for “Split” (2016) that rated it a perfect 10.  (I am an unabashed fan of M. Night Shyamalan, no matter how reviled he is by other Internet commentators.)  I love the way he frames his shots, I love his dialogue, I love his stories, and I love the strange way he can make a slowly paced film nevertheless absorbing.)

And “Split” looked nearly perfect.  James McAvoy handed in a tour-de-force performance as Kevin, a man with dissociative identity disorder (DID).  (Yes, I am aware of the clinical controversies connected with whether the disorder even exists — I was a psychology student many, many years ago.  I think we should suspend whatever disbelief we have for the purposes of enjoying the movie.)  McAvoy plays his role to perfection.  His “Dennis” persona is particularly frightening, and “Barry,” one of the “good personalities” he portrays, is surprisingly endearing and sympathetic.

Playing off McAvoy wonderfully are Betty Buckley as his gentle psychiatrist and Anya Taylor-Joy as one of three teenaged girls kidnapped by his nastier personalities.  The talented Taylor-Joy was also perfect in her role.  (I last saw her 2015’s “The Witch” and she was also in last year’s “Morgan;” I’m gaining the impression that this promising young specializes in cerebral horror-thrillers.)

I would rate “Split” an 8 out of 10.  It suffers a bit, I think, from two missteps toward the end.  One, this taut psychological thriller takes an ill-advised turn into dark fantasy.  I thought it was amazingly good as a thriller grounded only in the real world — it was far less so with the later jarring story elements.  (I do realize why Shyamalan made this creative decision, and you will too, after watching it and then reading up on it.)  But I still think that this would have been a perfect film if the majority of it focused on McAvoy’s personalities either aiding or misleading his psychiatrist, with Taylor-Joy’s fate hanging in the balance.

Two, this film seemed to suffer from the too-many-endings syndrome that people often associate with Peter Jackson’s “The Lord of the Rings” movies.  We seem to have one denouement that works quite well, then a second that should have been re-shot and re-scripted.  And then there’s another plot strand finally addressed … but it is played so subtly that I’m not even sure I got it.  And this isn’t even counting the significance of the movie’s final line, which works as a fantastic framing device.

About that line … if you’re a Shyamalan fan, then you simply must watch the film until it’s very end, as the camera pans through the coffee shop.  You’ll love it. 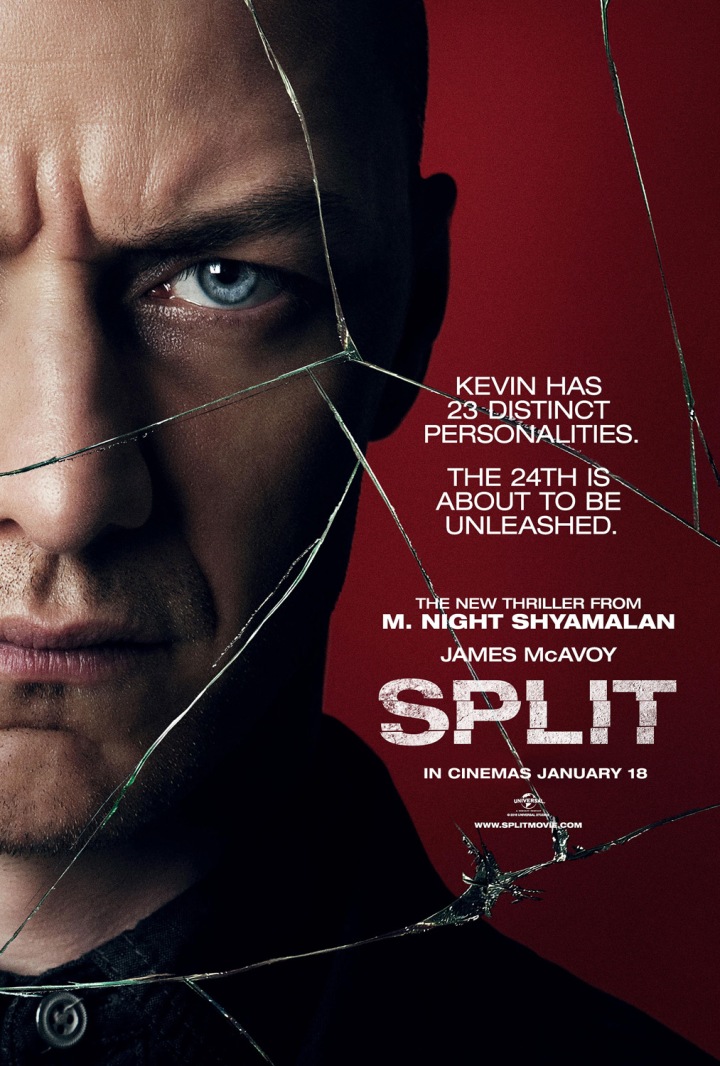 So I finally caved and watched the series pilot of “Game of Thrones.” Here is my summary:

[SPOILERS.]  Albino forest monsters are f**king terrifying. Boromir actually survived “The Lord of the Rings;” now he’s a d**k to his subordinates. Cool Sarah Connor dyes her hair blonde; lame Sarah Connor gets nude. Peter Dinklage is a fantastic actor; every other character is dwarfed by his intellect. (See what I did there?)  Wolf pups look suspiciously like Husky pups.

Dragon eggs look disappointingly fake. Barbarians act all badass; 1980’s Conan could take all of them. People have to take a vow of celibacy to guard Donald Trump’s wall, for some reason.

A child is named “Bran;” is he good for roughage?  Denis Leary Doppleganger is a d**k to children.

Seriously, though — this show is awesome. 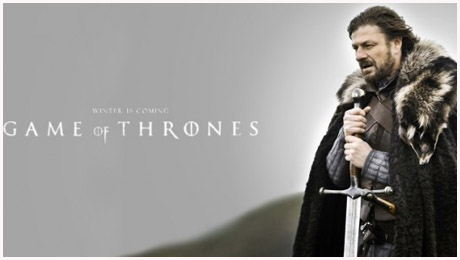 And I am certain I am the only filmgoer who has come up with that clever headline.

This was fun, though — I’d give it an 8 out of 10.  It isn’t quite the instant classic you might expect from the trailer, but it’s an engaging horror comedy that made me laugh.

The running jokes connected with Elijah Wood’s straight man and Jorge Garcia (HURLEY!!!) ran thin early on.  (The former is an obsessed would-be author, that latter is a drug-addled security guard.)  Far funnier was an unrecognizable Rainn Wilson as the boorish gym teacher, and the pretty Nasim Pedrad as the paranoid aggressive.  The nod to The Lord of the Rings was especially nice.

Upstaging the entire rest of the cast, however, was a surprise comedic performance by the screenwriter himself, Leigh Whannell, as the office weirdo.  Whannell wrote this film along with other great horror movies like “SAW” (2004), and the “Insidious” films.  I had no idea that he could be so damn hilarious; he’s a talented guy. 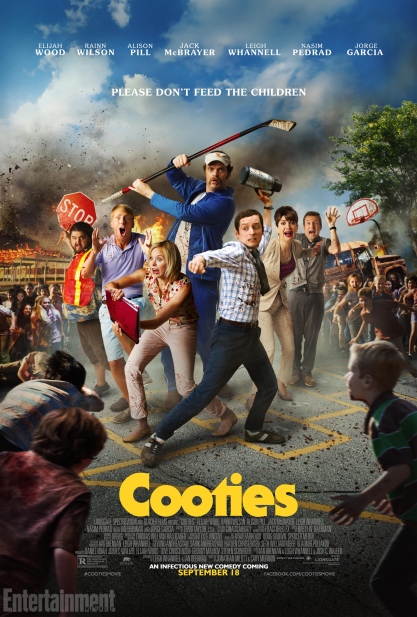 I felt the same way about “The Hobbit: The Desolation of Smaug” (2013) as I did about its predecessor — it’s a beautifully rendered, immersive fantasy that still falls short of being a truly great movie.  I’d give it an 8 out of 10.

The special effects are downright beautiful.  We’ve got a fantastic dragon to behold.  The acting is roundly terrific too.  I can only imagine it must be harder for a professional actor to portray a hobbit, dwarf, elf, or wizard, with their stylized language and fantastical quirks.  Yet every member of the cast was either good or great.  The obvious standouts are Sir Ian McKlellan as Gandalf and Martin Freeman as Bilbo.  Ken Stott as Balin was also quite good.

Yet the monsters and action were sometimes so cartoonish that they really challenged an adult viewer’s willing suspension of disbelief.  The battle sequence involving the barrels, for example, seemed like something out of a Warner Brothers cartoon.

I also noticed a couple of other things.  This is my fifth of Peter Jackson’s “The Lord of the Rings” movies that I’ve watched, and I am beginning to understand the viewer contention that these film’s story structures consist of a lot of “walking and fighting.”

The most interesting story element, for me, was Bilbo’s use of The Ring as his secret weapon — all the while concealing its magic from his comrades and first gaining the psychic attention of Sauron.  We also see hints that he may develop his own slavish devotion to The Ring, spookily suggested when he brutally attacks the giant spider assailants who might jeopardize his possession of it.  The Ring’s subplot (and the way it sets up “The Lord of the Rings” trilogy) engaged me more than anything else.  Throughout all the films, it’s a fantastic story device, and well suited for a fantasy context.  The Ring could be a metaphor for greed, love of power, possessive love, or even drug addiction.  It adds so much depth to the Lord of the Rings universe, and goes far beyond a story of little good guys fighting big bad guys.  To me, The Ring and Bilbo were far more entertaining than traveling dwarves greeting or fighting characters throughout Middle Earth.

There may have been pacing problems; this felt slow.  I got the sense that too much time was spent establishing Lake-town and its (fairly boring) residents, although it was great seeing the immeasurably talented Stephen Fry’s surprise turn as its “Master.”  Too much dialogue is devoted to things like arguing with elves, negotiating boat rides, and penetrating a magic door.  (And I’m still not sure how the “last light of … day” translates into an Autumn moon.)

This was a good movie, even for someone who isn’t a fan of the source material.  Given its length and its slower pacing, however, I may not feel the need to see the third film right away.

[Edit: I’m not sure why the poster below appears to cite 2014 as its release date.  Was it re-released in theaters?] 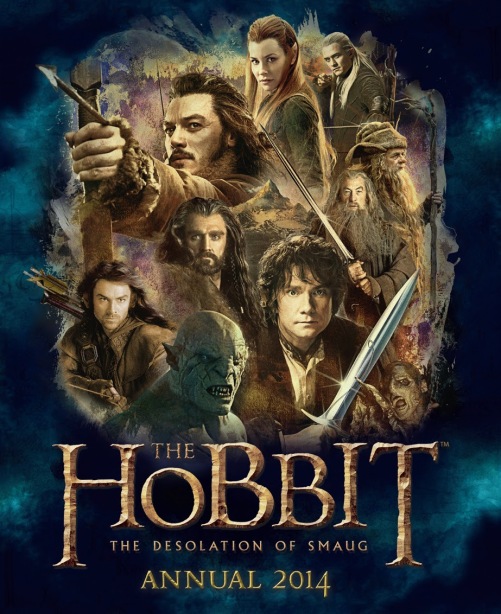 I actually really liked “The Hobbit: An Unexpected Journey” (2012).  I’d give it an 8 out of 10.  And that’s even with my own admitted possible bias, as I am not a huge fan of traditional fantasy.  I certainly can’t claim to be a fan of the original books, because [downcast eyes], I’ve never read them. I tried “The Silmarillion” once, because I thought that was supposed to come first in J.R.R. Tolkien’s chronology … and I just couldn’t stay with it.  So I guess my take on this movie is that of an outsider, as it was with Peter Jackson’s “The Lord of the Rings” trilogy.

But this was enjoyable movie for anyone, I thought.  It’s a total immersion into an incredibly beautifully rendered fantasy world.  I thought the sets and backgrounds were more detailed than the first films, for example.  It’s a gorgeous movie to look at.  The acting is uniformly excellent throughout.  And the continuity is just great; there are well crafted segues into subplots that will eventually lead to the original trilogy.

I think the only thing that hampered my enjoyment was that it felt so much like a children’s story.  (I believe I read once that Tolkien actually began his novel as a bedtime story for his children, while his subsequent “Rings” epic was intended for adult, mainstream readers.)

Peter Jackson had his creative sensibilities planted firmly in childhood fairy tale when constructing this movie.  For an outsider, this seems like a standard (and sometimes predictable) quest movie.  We have a tremendous deus ex machina at the end that a child might not recognize, but this adult did.

The dialogue, monsters and action were often too cartoonish for me.  As a fan of creature features, I found the monsters were often too silly to be credible.  (I had this small quibble, as well, with the original film trilogy.)  With the outstanding exceptions of the Warg and the White Orc, they often seemed like CGI-rendered cartoons.  The three trolls who want to cook the dwarves, for example, were like something out of a silly Hanna-Barbera cartoon.  If this film was supposed to engage adult viewers, this creative approach was a pretty big misfire.

But I recommend this, even to people who don’t typically enjoy sword-and-sorcery fantasies. 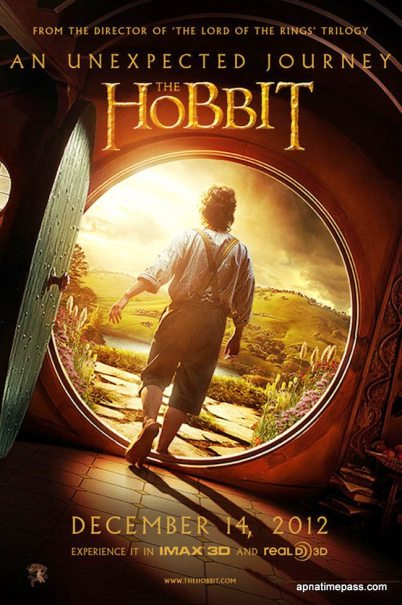